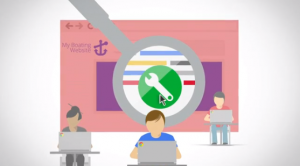 Google has launched a site for webmasters whose sites have been hacked, something that the company says happens thousands of times every day.

The site addresses different types of ways sites can be compromised. For example, malicious hackers can break into a site and load malware on it to infect visitors, or they can flood it with invisible spam content to inflate their sites’ search rankings.

In announcing the new Help for Hacked Sites resource, Google is also reminding webmasters of best practices for prevention, including keeping all site software updated and patched and being aware of potential security issues of third-party applications and plug-ins before installing them.

This latest Google initiative builds on its efforts over the years to proactively detect malware on sites it indexes and alert both users of its search engine and affected webmasters.

Since Google is the main tool people worldwide use to find and link to websites, it is in Google’s best business interest to make sure it isn’t pointing users of its search engine to malicious or compromised Web destinations.

As part of these efforts, Google also has been a supporter since 2006 of the non-profit StopBadware organisation, which creates awareness about compromised sites and provides informational resources to end users, webmasters and Internet hosts.

However, the problem remains, and continues to be complicated for many webmasters to solve, since ridding a site from malware often requires advanced IT knowledge and outside help.

A StopBadware/Commtouch survey last year of webmasters whose sites had been hacked showed that 26 percent been unable to undo the damage, and two percent had opted to give up and abandon the compromised site.