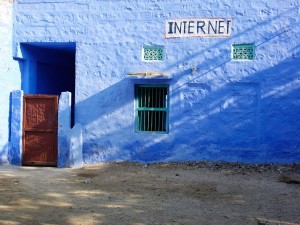 Google has reportedly launched an expansive effort to bring wireless networks and affordable computing to emerging markets such as sub-Saharan Africa and Southeast Asia, moves that could bring the Internet to a further billion people.

The wireless networks would be introduced outside the major cities, where wired connections are not possible, but could also be used to help make the Internet faster in urban centres, according to a report Friday in The Wall Street Journal.

The plan would employ airwaves normally reserved for TV broadcasts, if government regulators allow it. Google has also been experimenting with high-altitude balloons to help carry wireless signals over hundreds of square miles, according to the Journal’s report, which cites unnamed sources.

In a sense, the project would have similar goals to Google’s efforts to provide faster Internet access to consumers in the U.S. The company wants to provide and improve networks all over, allowing people to access new online services, and in the process helping to expand Google’s business.

Google has been in talks with regulators in countries such as South Africa and Kenya about changing the rules to make use of TV airwaves, the report says. The signals use lower frequencies than some cellular networks, allowing them to be transmitted more easily through physical obstacles like buildings and across wider distances.

The effort also involves working with partners on microprocessors and low-cost Android smartphones to work on the network, the paper said.

Google plans to work with local companies in emerging markets to build out the networks and formulate business models to support them, the report said. It wasn’t clear if Google had already lined up such partnerships.

Google couldn’t immediately be reached for comment, and the Journal said Google had declined to comment on its report.

If the plans come to fruition, they would align with comments made by Google CEO Larry Page during the company’s I/O conference last week. A willingness to experiment and try out big, new ideas were common themes.

“We should be building great things that don’t exist,” he said during a surprise appearance and Q&A session at Google I/O.

In the U.S., Google is working to provide high-speed Internet access through its Fiber project. The system is in place in Kansas City; future plans including wiring Austin, Texas, and Provo, Utah.