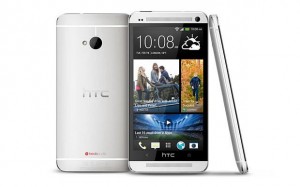 Nokia is targeting HTC’s latest slate of smartphones, including the HTC One, with new legal action in the U.S. that demands the Taiwanese company cease the alleged patent infringement.

Nokia is accusing the HTC One, and several other HTC phones, of infringing three Nokia patents, according to a lawsuit filed by the Finnish handset maker on Thursday. The patents deal with handset radio frequency identification technology for use with applications. The lawsuit, filed in the U.S. district court of Southern California, is demanding HTC stop the alleged infringement and pay damages.

Other handsets named in the lawsuit include HTC’s Droid DNA, the HTC First, and last year’s generation of HTC One phones.

Nokia on Thursday also filed a patent infringement complaint with the U.S. International Trade Commission (ITC), the company said in an email. Nokia said both the ITC and U.S. district court complaints cover nine patents new to its legal dispute with HTC.

In total, the company has accused HTC of infringing on 50 of its patents, Nokia added. The Finnish smartphone maker originally kicked off its legal action against its rival back in May of last year, filing lawsuits in both the U.S. and Germany.

“Since then, despite the German courts confirming infringements of Nokia patents in HTC products, HTC has shown no intention to end its practices,” Nokia said. “Instead it has tried to shift responsibility to its suppliers. We have therefore taken these further steps to hold HTC accountable for its actions.”

Cases brought to the International Trade Commission can request an import ban on devices accused of patent infringement. HTC said in a statement on Friday, “Upon receiving the official document, HTC is to consider all legal options to protect our rights.”

Nokia filed the complaint after it lost two patent infringement lawsuits against HTC in Germany this past March. Despite the loss, Nokia said at the time it would press on with its claims against HTC using 34 other company patents.

HTC products previously faced an import ban in the U.S. after the International Trade Commission ruled in favour of Apple in a patent infringement case. Last year, HTC phones were forced to go through a U.S. Customs review to ensure compliance with the ruling, forcing a delay in phone shipments to the country.