Google is testing a new tool for people to report and publish local news stories, called Bulletin, according to a report from Slate.

A website first spotted online Thursday describes Bulletin as “an app for contributing hyperlocal stories about your community, for your community, right from your phone.” It’s designed to make it “effortless” to tell “the stories that aren’t being told” via your smartphone. It’s not just for techie early adopters: “If you are comfortable taking photos or sending messages, you can create a Bulletin story!”, the site says. 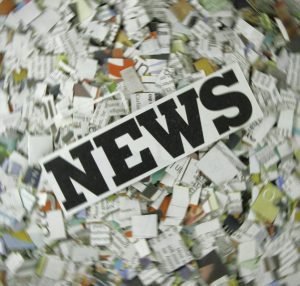 The app is in a “limited pilot” in just two cities: Nashville and Oakland.

Google confirmed the project Friday morning. “This is very much in the testing phase and aimed at hyperlocal stories and events for people to share, and for local media to take advantage of,” spokeswoman Maggie Shiels told Slate. “People everywhere want to know what is going on in their own backyard at a very local level, ranging from local bookstore readings to high school sporting events to information about local street closures.”

Both Oakland and Nashville have burgeoning tech industries and are Google Fiber cities.

A Google spokesman at the Nashville launch event, whom Google identified to as product manager James Morehead, described Bulletin in the video as a progressive web app—a website that looks and functions like an app. “Creating a website, creating a blog is a pretty high bar for a lot of people,” he said.

Bulletin sounds like a super-lightweight content management system, aimed at amateur journalists or anyone else who wants to live-blog a news event or report a news story in a way that has a chance to reach a broad audience. Examples from the presentation included “extraordinary volunteers,” “high school sports,” “weather events,” “civic meetings,” and “social justice,” among others. An app screenshot on the Google Bulletin site shows a post with the headline, “Winter storm floods river, wipes out Nelson Road.”

Morehead said the company will work with local news organisations to help them find and potentially publish some of those stories, giving credit to their authors. The author controls the content and can take it down anytime they want.