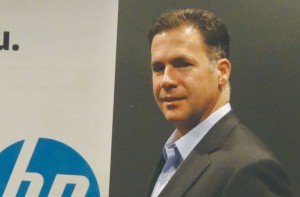 Hewlett-Packard on Monday said it has created a business unit that will deal in purpose-built systems based on specific applications and usage models, and also announced the reorganisation of its server unit.

The unit includes purpose-built servers and appliances running Hadoop, HP’s Vertica or SAP’s HANA. Also part of the new unit is the company’s CloudSystem integrated offerings, which include software and servers specifically built for public, private and hybrid cloud.

The move comes as companies like Oracle, IBM and others closely tie their software to specific hardware. Tom Joyce has been chosen to lead Converged Systems as its senior vice president and general manager. He was previously vice president of marketing, strategy and operations of storage at HP.

The realignment comes a few weeks after HP introduced the power-efficient Moonshot dense server, which the company described as a new type of server that could replace racks of industry-standard servers.

However, it is possible that an offering like the Moonshot server be part of the Converged Systems business. In an interview with the IDG News Service earlier this month, Potter said that Moonshot — which runs on Proliant servers — will also be part of HP’s customised server offerings such as CloudSystem. HP already offers Proliant servers in CloudSystem offerings.