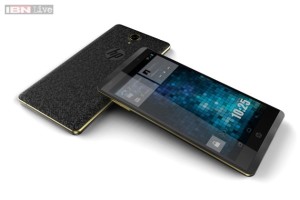 Hewlett-Packard appears set to re-enter the smartphone market with the launch in India Wednesday of two tablets running the Android OS and offering voice-calling capability.

Designed in Asia, the 6-inch diagonal HP Slate6 VoiceTab and the 7-inch HP Slate7 VoiceTab, are powered by quad-core processors and allow the use of two 3G SIMs, a feature popular in India where users like to switch between operators.

The devices fit into a new emerging category, called “phablets,” that combine smartphone features with the size of a small tablet.

HP said the devices are engineered for the way people multitask, while offering access to entertainment. Both devices come equipped with a high-definition front and rear camera for photos and video chats, and front-facing stereo speakers.

The company quit the smartphone market in 2011, but CEO Meg Whitman said in a 2012 broadcast interview that HP needed a smartphone because in many countries they are used as primary computing devices.

India’s mobile devices market is booming. Vendors shipped 12.8 million smartphones in India in the third quarter of 2013 compared to 3.8 million units in the same period of 2012, according to research firm IDC.

HP will have to compete in India with Samsung Electronics, which held a 33 percent share of the market in the quarter. Indian vendors Micromax and Karbonn held the second and third positions selling low-cost products into a very price-sensitive market.

HP did not disclose pricing for the voice-capable tablets, which are expected to be available next month. Pricing will be released closer to the availability date, HP spokeswoman Sheila Watson. The company also did not disclose in which markets outside India it would be selling the two tablets.

“HP will expand to additional mobility categories, form factors or markets where we believe we can offer differentiated value to our customers,” Watson said.