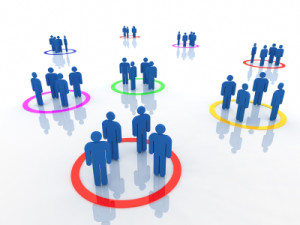 Seventy percent of CIOs plan to change their relationships with technology providers and outsourcing partners over the next two to three years, according to a Gartner survey.

The Gartner Executive Program Survey of 2,339 CIOs worldwide found that many companies are planning to work more with smaller companies and start-ups.

“There’s a great deal of dissatisfaction,” said Dave Aron, Vice Pesident, Gartner. “Part of it is CIOs are dissatisfied with the levels of innovation. There’s quite an appetite to work with start-ups and more agile companies.”

However, Aron said that the biggest challenge for CIOs going down this route is that they’re not really ready to work with smaller companies.

“Either they kill the smaller companies by not paying them on time or with bureaucracy. It’s going to be a new skill everyone has to learn,” he said.

Managing the rise of the CDO

Meanwhile, Aron warned that CIOs are being threatened by the rise of the chief digital officer role – in charge of making businesses more digital – which can push IT directors who have been trying to become more business-minded back into the back office operations.

“[At present] only about seven percent [of CIOs surveyed] have a CDO. We expect it to triple in the next year, and it’s not all about marketing either,” he said. “It’s very threatening [to CIOs].”

However, Aron said that it was more of a problem if companies do not have any digital leadership, and that CIOs can avoid the threat by taking charge of the situation.

He said: “The key is to have no gap. The CIO has to make a proactive decision about if they want to be the CDO, or to have a separate CDO, and not let it happen to them.”

Gartner also believes that it is important to have digital leadership right from the top. It found that the CEO’s digital nous was one of the best indicator’s of IT and business performance.

“If the CEO and senior leaders get it – they understand the potential of the digital world – everything becomes easier,” said Aron, suggesting that CIOs can increase the digital knowledge of their senior executives through hack days, reverse mentoring and tech showcases.

Finally, the Gartner survey found that CIOs expect their IT budgets to remain essentially flat – only increasing 0.2 percent on average – in 2014.

“This is especially challenging since there is a need to both renovate the core of IT systems and services, and exploit new technology options,” said Aron.

In addition, a quarter of IT spending is expected to happen outside the IT budget, for example in marketing, although the figure may be much higher as this only takes into account the spending that CIOs know about.