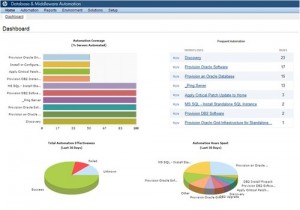 Further pursuing its strategy to help enterprises move workloads to hosted environments, Hewlett-Packard has updated a number of its IT management tools with more capabilities to work with public and private clouds.

The updated software addresses “the new style of IT, where [IT shops] no longer support a monolithic environment in a data centre but actually a set of distributed environments,” said Jerome Labat, Vice President and General Manager of Cloud Automation, HP.

The idea behind the new integrated set of packages is to make it easy for IT personnel to speed deployment of application-based services across a hybrid cloud environment, to “make it easy to deploy database services, or database backup services, or a full application across a site,” Labat said.

HP Server Automation allows organisations to deploy and maintain the patching and updating of thousands of servers. The new version can update virtual servers that are sleeping. The previous version of the software could update only those virtual machines (VMs) that were active when the updating process was initiated. This was a problem, Labat said, because those virtual servers not running may fall out of compliance by not getting the required patches or updates. The new version can awaken a sleeping VM, update it, then shut it down again.

“If you didn’t have this capability in a development environment where the engineers are standing up VMs very quickly, you would [have many VMs] that would be out of compliance very quickly,” Labat said.

HP has also released the Server Automation software as an appliance, called HP Server Automation Standard. It includes much of the core configuration, deployment and compliance checking functionality found in the full software edition.

The appliance would be ideal for smaller organisations and for branch offices, built to manage from 3,000 to 4,000 system nodes, which could be servers or virtual machines, Labat said. “We’ve encapsulated the Server Automation technology in an easy-to-deploy environment,” Labat said.

HP Operations Orchestration is the company’s process automation engine, able to link together separate applications in order to create a workflow across them. This is the first version of the software that is able to work in distributed workflows across different hosted providers. It can now interoperate with OpenStack cloud deployments, as well as with Amazon S3 (Simple Storage Service). The user interface has also been revised to accommodate the management of these new cloud resources. It also can fold into workflows on SAP applications as well as HP’s own ArcSight and Fortify software packages.

HP Database and Middleware Automation software provides capabilities to automate the management of databases and many middleware programs, working with Oracle’s and Sybase’s databases, Microsoft SQL Server, IBM DB2 and the IBM WebSphere and Oracle WebLogic application servers. Version 10 of this software has been tailored to work seamlessly with the other packages within the CloudSystem Enterprise Starter Suite. From Operation Orchestration, for instance, an administrator can now directly bring into a workflow any database or middleware management operations developed within this software.

Use of the combined set of software “enables our customers to start building platform services using existing assets,” Labat said. “You can rapidly provision services, deploy them and put them under change control so you are always in band in terms of SLAs, and compliance with policies.”