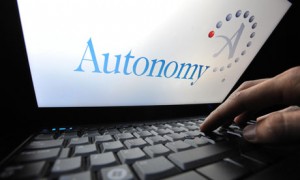 Research group IDC has said that following HP’s £5.5 billion writedown of Autonomy, its customers should seek ‘formal assurances’ about the future of Autonomy’s products.

HP said on Tuesday that an internal investigation had found that Autonomy was substantially overvalued at the time of acquisition due to the misstatement of Autonomy’s financial performance, including its revenue, core growth rate and gross margins, and the misrepresentation of its business mix.

HP said there had been a “wilful effort to mislead investors and potential buyers”.

Autonomy founder and CEO Mike Lynch completely denied the claims and instantly reverted the blame back to HP and the auditors that were involved with the acquisition.

He said: “I can’t understand how you can write down £5.5 billion of value and say somehow this was all caused by something you didn’t notice when you did due diligence with 300 people. It would be kind of a big elephant to have missed.”

Researchers at IDC, David Bradshaw and Douglas Hayward, have said that although the news won’t impact on HP’s operations, customers should still be asking for information about Autonomy’s product roadmap.

A joint research note said: “For enterprises customers, the dispute has no operational effects, but Autonomy users should nevertheless press HP for assurances on the technology’s future.

“We live in a world where unstructured information holds ever more value, and this makes the former Autonomy products a strong asset for HP and its customers. Indeed, HP says that it remains committed to the Autonomy business.”

Bradshaw and Hayward added: “Nevertheless, it will do no harm for Autonomy users to press HP hard for formal assurances that the product remains strategic and that it will be vigorously supported and developed.”

IDC has also said that a decision from the courts on the fraud allegations is likely to take years.

However, Bradshaw and Hayward also said that customers shouldn’t be too concerned about the future of HP – for the time being.

“Any large IT company needs to be good at making acquisitions, and the dispute over Autonomy (following earlier write-downs associated with EDS and Palm) arguably raises operational questions about HP’s M&A abilities,” they said.

“But equally, these write-downs refer to the actions of previous regimes and ultimately, cash generation is the key symptom of corporate health and this is an area where HP currently remains strong – in the year to 31 October, it generated £6.6 billion in operating cash flow and £4.3billion in free cash flow, and it ended the period with a cash balance up more than £1.8 billion at £7.1billion.

“Cash in an economic downturn is king, and that’s one thing HP has plenty of, for now at least.”

Gartner came out in defence of Autonomy yesterday, when managing VP, Martin Reynolds, said that a lot of blame lies at the door of HP, as the latest debacle continues a story of “bad management decisions at the corporate and board level.”

Meanwhile, Forrester’s Leslie Owens said that HP’s problem with Autonomy isn’t its questionable sales, but rather its technology, which she claims is now below par when compared against other players in the market.

She said: “HP thought it was an entirely new platform, but Autonomy’s clients said it wasn’t as good as Google’s corporate search product.”