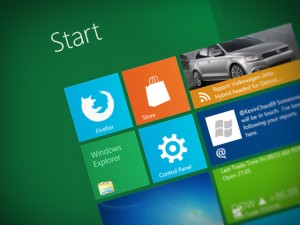 Mozilla this week suspended development of a 64-bit version of Firefox for Windows, citing add-on incompatibilities and low priority for the project.

In a message posted to Bugzilla, the company’s bug- and change-tracking database, Benjamin Smedberg, a developer with consulting firm Mozdev, and a regular contributor to the open-source browser, said that the organisation was suspending, perhaps for some time, the work on a 64-bit version.

“Please stop building windows 64 builds and tests,” Smedberg wrote on Bugzilla Wednesday. In the same message, he told commenters the decision had been made, and not to argue it on Bugzilla, a warning that several people ignored.

The x64 edition of Firefox for Windows had been stalled in the build channel Mozilla calls “Nightlies,” a label for the unpolished daily versions, for months. Mozilla maintains three general-public build channels — Aurora, analogous to an alpha; Beta; and Release — but the x64 browser never made it to Aurora, much less the more stable Beta or final code.

An unknown number of testers, however, had been using the x64 Firefox on Windows; estimates on Mozilla’s discussion groups ran as high as 50% of those running Nightlies on Windows.

Some users were clearly disappointed in the decision, even while it was being bandied about internally in discussions going back to at least last February.

“Disabling Win64 build will be the last disappointment to me by Mozilla. I would no longer use/support Firefox,” said someone identified only as “Mr. T” on one thread last week.

The advantage of a 64-bit browser on a 64-bit operating system is that the browser’s memory-handling capacity is dramatically increased, letting users keep open literally hundreds of tabs, a scenario that would choke a 32-bit browser.

But there were more negatives than positives to maintaining a 64-bit Firefox on Windows at the moment, Smedberg and others at Mozilla contended.

“Many plugins are not available in 64-bit versions [and] the plugins that are available don’t work correctly in Firefox,” Smedberg said on a discussion thread Nov. 16. He also cited problems separating crash statistics submitted by x64 Firefox users from the greater number running the standard 32-bit version, low priority of fixes for x64 bugs, and the resulting frustration by users “because they feel (and are!) second-class,” Smedberg said.

But even Microsoft does not bundle a true 64-bit browser with Windows 8. On the new operating system, IE10 in the “Windows 8 Store” mode — formerly called “Metro” — is 64-bit, but the desktop version for the so-called “Classic” mode is only partially x64: Tabs are still rendered in 32-bit for extension and add-on compatibility reasons.

It’s unclear how long Mozilla will suspend work, but Smedberg hinted it might be for some time. “It is already a done decision that we aren’t going to ship 64-bit Windows Firefox builds in the first half of 2013, and probably not at all in 2013,” he wrote in a Nov. 19 message.

Asa Dotzler, director of Firefox, concurred with the plans to discontinue work on x64 Firefox, but noted both that development would likely be restarted in the future and summarised why Mozilla was setting it aside for now.

“I do think we will eventually do a 64-bit release,” Dotzler said in a discussion group message last March. “That being said, I don’t think it should be a priority right now given the many other things we’ve got on our plate.”

Among the higher-priority items on Mozilla’s plate is a Windows 8 Store-style Firefox app, which the company has been working on since March, and which reached the preview stage in October.