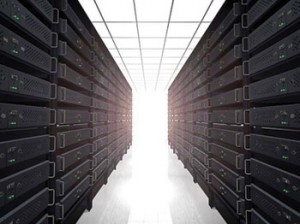 Server revenue worldwide was down 7.7 percent year-over-year in the first quarter, as weak economic conditions and server consolidation by customers slowed sales, according to research firm IDC.

Revenue in the market dropped to US$10.9 billion in the quarter, the fifth-time in the last six quarters the server industry saw year-over-year decline. Server shipments also fell in the period by 3.9 percent year-over-year.

Customers, both large and small, continue to reduce their total number of servers as a way to improve efficiency, IDC said Wednesday. This led to revenue contraction for every market region in the quarter, except Asia Pacific. During the period, revenue from midrange and high-end systems were down year-over-year by 18.3 percent and 17.1 percent, respectively.

Hewlett-Packard rose to the number-one position in the server market with 26.9 percent market share, while IBM fell to second place, with a 25.5 percent share. Both companies posted declining year-over-year revenue growth on weak demand for their x86-based server products.

Dell, however, maintained its spot in third place with an 18.5 percent share. The company saw about 10 percent revenue growth resulting from strong demand for its “density optimised servers” products, which are used in data centres. Overall, density optimised servers accounted for 6.9 percent of the server market. But their revenue growth soared 54.8 percent year-over-year in the quarter.

Cisco also saw year-over-year growth in its revenue, at 35 percent. This came after last year’s fourth quarter, when the company, better known for its networking gear, entered the top five server vendor rankings for the first time.

In this year’s first quarter, Cisco continued to hold a statistical tie for fourth place with Fujitsu and Oracle, both of which saw declining year-over-year sales in servers. The three companies have a market share between 4.1 and 5.1 percent.

The lines between x86 and non-x86 workloads are blurring, said IDC research manager Kuba Stolarski in a statement. “In an interesting turn of events, customers are increasingly considering x86 servers for mission critical and other traditional scale-up solutions and non-x86 servers for innovative, cost-effective, and integrated solutions for analytics, cloud, mobile, and social platforms.”