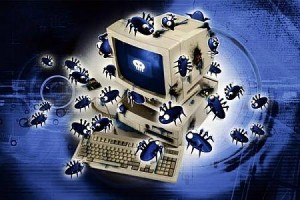 The computer virus seems to be making a subtle comeback.

The term virus is frequently used as a catch-all for malicious software, but actually describes a very specific type of program that infects files and replicates, noticeable impairing a computer. Most malware these days tries to not be so obvious.

But Microsoft has noticed that viruses – which have been present on around 5 percent of the computers the company regularly polls – have increased in prevalence in some regions, wrote Tim Rains, director of the company’s Trustworthy Computing section.

In the fourth quarter of last year, viruses were present on about 7.8 percent of computers scanned by the company, he wrote. In some locations, such as Pakistan, Indonesia, Ethiopia, Bangladesh, Somalia, Egypt and Afghanistan, the percentage of computers with viruses ranged from 35 to 44 percent, he wrote.

Those developing nations all have a low percentage of broadband connections, which may contribute to those computers having fewer security protections.

“Although we don’t have complete data for all the aforementioned locations, we can see that 30 percent to 40 percent of computers in some of these locations do not have up-to-date real-time anti-virus software installed, compared to the worldwide average of 24 percent,” Rains wrote.

More than 8 million computers worldwide are infected with Sality, a virus that infects files with certain extensions such as “.scr” and “.exe” and can also shut down the processes and services of security software, he wrote. It mostly just affects computers still running Windows XP.

To infect computers, Sality has used a vulnerability that was also targeted by Stuxnet, the malware designed to wreck Siemens equipment used by Iran in its nuclear fuel refinement program.

“Sality’s success proves that file infectors can be still be successful,” Rains wrote. “Unlike viruses from yesteryear, attackers today are trying to steal information, sometimes by turning on computers’ microphones and cameras.”