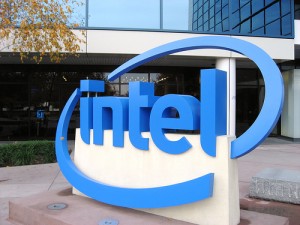 Intel gets access to Cray’s “interconnect personnel and intellectual property” with the agreement, Intel said in a statement. The technology and expertise will help Intel build its high-performance-computing portfolio as it looks to scale performance on servers, Intel said.

Intel will pay US$140 million for Cray’s assets, Cray said in a statement. As part of the deal, 74 Cray employees will join Intel.

Cray’s interconnect team is also responsible for building the interconnect to be used in the supercomputer code-named Cascade, which will use Intel’s x86 chips.

Intel is looking to build up its high-performance-computing portfolio through faster processors and quicker interconnects. The company in July bought networking vendor Fulcrum Systems to build its data centre portfolio, and in January acquired InfiniBand assets from Qlogic in a cash transaction worth US$125 million. Intel is building a chip-to-chip and server interconnect based on Qlogic’s Infiniband assets.

Cray has put together its own servers and supercomputers for years, and has also developed its own interconnects, chips and accelerators, said Jim McGregor, president of Tirias Research.

“As we think of the evolution of the server, we’re not just talking about what we can do between systems or chips. This could lead to technology that can be on a chip,” McGregor said.

High-performance computing is an important segment of the server market, and one of the keys is to connect available processors through a fabric, said Nathan Brookwood, principal analyst at Insight 64.

Cray’s assets could help bring together Intel’s HPC products, which include specialised accelerator chips called MIC (many-integrated cores), Brookwood said. Intel’s latest Xeon E5 and a 50-core MIC chip, code-named Knights Corner, are being paired in a supercomputer called Stampede, which will be deployed next year at the Texas Advanced Computing Center at the University of Texas.

“Cray is obviously a leader in this area, so this could definitely help [Intel],” Brookwood said.