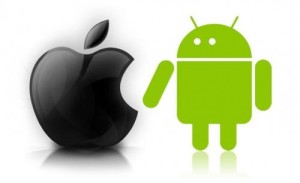 Data released by cloud storage service iDrive suggests that iPhone and Android users differ in terms of security and privacy habits as well as many others.

iDrive took a look at the volume of photos and videos backed up on each platform, and how many users elected to use private key encryption for better data protection. While Android has far greater market share than iOS as a mobile platform, iDrive used a total of 20,000 users from each platform to keep the comparison on an even playing field.

To be clear, we’re not talking about anything inherent in iOS or Android itself, so the disparity in the results can’t be blamed on the mobile platform. The iDrive data is a measure of the choices that users made when presented with the same opportunity to back up or encrypt data.

Are the iDrive findings just a random coincidence, or is it a reflection of the broader culture behind each platform?

“iOS and Android both have users that land between ‘Does not care at all’ and ‘Cares deeply’ on the security and privacy awareness spectrum, but it’s no coincidence that iOS users seem to rank higher,” said Patrick Nielsen, Senior Security Researcher, Kaspersky Lab.

Of course, Apple is known for closely protecting the iOS environment, while Android is an open-source platform with a very open ecosystem. In general, iOS is more likely to impose security by default, while Android tends to offer security options and leave them to the user to implement.

“Apple and Google are taking [security] to heart,” said Garve Hayes, solution architect, NetIQ, “but I think Apple has taken it one step further and has removed the conscious decision from the device owner – they just go ahead and do it.”
Many of the factors that make Android more vulnerable to compromise are related to the ability to download and install apps that haven’t been vetted, from shady third-party app stores. Users who jailbreak their iOS device and go outside of official Apple channels to download apps also expose themselves to increased risk.

The takeaway for iDrive applies to everyone, though. “Whatever factors might explain why iOS users are more prone to protecting their data,” the company stated, “the conclusion is simple: People should be more aware about how to protect their data no matter what platform they use.”