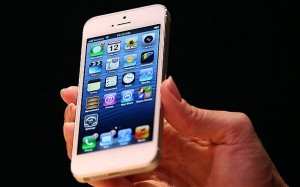 Two iPhone hackers hinted on Sunday that they are making progress toward developing a new jailbreak for the latest version of Apple’s mobile operating system, iOS 6.

One of the hackers, who goes by “@pod2g” on Twitt wrote that they had found two “new vulnerabilities in a day,” but what’s missing is an “initial code execution” for a public jailbreak.

Pod2g is working with David Wang, known as “@planetbeing” on Twitter, to develop a way to remotely exploit iOS 6, known as a “jailbreak.” Jailbreaking a device allows people to install applications that have not been approved by Apple, as well as other customisations.

While legal in the U.S due to an exception in the U.S. Digital Millennium Copyright Act, Apple discourages its customers from jailbreaking their iOS devices and can void the warranties for tampered devices. Apple also tends to quickly fix vulnerabilities that allow a device to be jailbroken.

Pod2g and Wang are both well-known hackers who have developed jailbreaks before, but iOS 6 is proving to be more difficult to exploit due to stepped up security protections.

Wang wrote on Friday on Twitter: “Made some nice progress today with @pod2g. I think I’ll try to reward myself with a nap.”

Both are trying to develop an “untethered” jailbreak, which means iOS 6 devices can be jailbroken without being connected by a cable to a computer. A tethered jailbreak already exists for iOS 6, but it has to be repeated every time the device is rebooted.