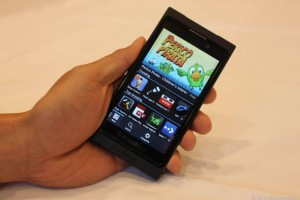 Research In Motion held its last port-a-thon event before the launch of BlackBerry 10 on Friday, pushing developers to port their applications over to the new operating system. The new OS, on which much of the fortunes of Research In Motion ride, will be launched in less than two weeks.

The port-a-thon, which took place online, ran for 36 hours.

Developers were being offered US$100 for each of up to 20 apps that are ported to BlackBerry 10 and accepted in the company’s App Store. Developers who submit five or more apps will be entered in a drawing to win one of 250 BlackBerry 10 development handsets.

The port-a-thon followed a similar and successful event during the previous week that attracted 15,000 app submissions.

Research In Motion will launch BlackBerry 10 at an event in New York on January 30. The company is also expected to unveil the first handsets supporting the operating system at the same time.

RIM has seen its fortunes fall over the past few years as it failed to keep up with smartphone innovation driven by Apple and Google’s Android.

The company still has a large number of business users that rely on its phones and messaging systems, but RIM needs to make a success of BlackBerry 10 or else risk being further marginalised in the competitive smartphone market.