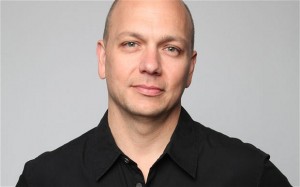 Tony Fadell, credited as being the father of the iPod, recently compared the difference between designing new products at Apple and Philips, stating that Apple has the right recipe for developing products.

Fadell was hired by Philips in 1995, but went on to start up his own company, Fuse, where he developed a music player that he pitched to Apple. That idea became the iPod. Fadell was senior vice president of the iPod division at Apple until 2008.

Speaking at the Bloomberg Design conference, Fadell described the differences between developing new products at the two companies.

At Philips, projects can be killed at any time, he said. “Nine times out of 10, or 99 times out of 100, they would kill the project, either at the beginning, the middle or right before the product was supposed to be shipped,” Fadell said.

This mentality means that the people working on new projects are less motivated, as they don’t know if they have a future. Such a culture means that designers fail to do their best work – they just go through the motions of creating a product, Fadell explained.

In contrast, at Apple, 99% of projects that made it past certain milestones ship, he said.

“When you’re in a culture that has a point of view, and drives to launch everything it does, you know you’re on the hook and you better bring your best game every time,” said Fadell.

Fadell indicated that, when a project commences at Apple, everyone – management, designers and marketers – understands the message and the customer envisioned for the product. Presumably, nobody at Apple wastes time developing a project that doesn’t meet approval from the very beginning.