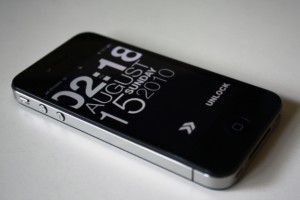 Monday saw the release of a program to jailbreak Apple devices running iOS 6, sparking over 100,000 downloads in the first 10 minutes of availability.

Though technically intended for iOS 6.1, the Evasi0n jailbreak utility works with all versions from 6.0, according to the Evaders, the group of leading iOS hackers who released the program at Evasi0nJailbreak.com. That means it can be used by owners of the iPhone 3GS through 5, all iPads except the first one, iPad mini, iPod touch 4 and 5, and second generation Apple TV.

The utility is available for the Mac’s OS X, for Windows XP, Vista and Windows 7, and Linux. Evasi0n creates what’s called an untethered jailbreak, which means that each time you turn your device on, you don’t need to cable it to your computer and go through the jailbreak process again. Untethered, the device with the jailbreak utility can patch the OS kernel on its own after each reboot.

A jailbroken iOS device can still use Apple’s iTunes and App Store. Jailbreaking also lets you add software to unlock your phone from a mobile carrier’s network and, in some cases, run it on another carrier’s cellular network. In theory, the phone’s existing functions are unchanged.

But not long after Evasi0n was released, sites such as The iDownload Blog reported that some iPhone users were complaining that after installing the jailbreak, the phone’s stock Weather app either crashed or refused to open. One Evasi0n team member, pod2g, tweeted that the team is looking into the problem.

He also tweeted, in early afternoon, that there were 270,000 active users on the Evasi0n website at that time, trying to download the jailbreak utility. The level of interest, and action, also led to problems as users were unable to gain access to the Evasi0n website. It also crippled access to Cydia, the unofficial distribution platform for iOS software outside the App Store, accessed via the Cydia app browser and installer. Developers can post their apps on Cydia repositories, usually abbreviated repos (sometimes called sources).

“Although the app itself loads fine, we’re finding it nearly impossible to access our Store accounts, or download any apps or tweaks from the main repos,” posted iDownload Blog’s Cody Lee.

For jailbreak fans, Evasi0n or something like it, has been eagerly awaited since the launch of iPhone 5 and iOS 6 last autumn. “The new tool is very simple to use – in fact, it’s easier to use than the iOS 5.1.1 jailbreak tool I covered last year,” reported CNET’s Jason Cipriani. “Taking far less time, and only a few steps, if you’re comfortable clicking a few buttons on your computer and tapping an icon on your iOS device, you’re more than prepared to use evasi0n.”

He added a caution, however: “At times, things go wrong while jailbreaking a device. Apple never intended for this kind of stuff to happen. As such, you should be comfortable troubleshooting any issues you run into, including completely restoring your device through DFU [Device Firmware Update] mode.