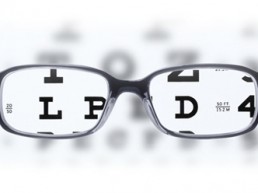 That same day, Oracle accelerated the release of its regularly-scheduled security update – initially slated to ship on February 19 – citing “active exploitation ‘in the wild’ of one of the vulnerabilities affecting the Java Runtime Environment (JRE) in desktop browsers.”

Friday’s Oracle update patched 50 vulnerabilities, the majority of them in the Java browser plug-in.

Apple stopped bundling Java after OS X 10.6 Snow Leopard, and in 2011 handed off development and patch maintenance to Oracle. Patches for Java 7 are thus not available to Lion and Mountain Lion – OS X 10.7 and OS X 10.8, respectively – via Apple’s Software Update service, but must be retrieved from Oracle.

Oracle’s early update came in the aftermath of several embarrassing “zero-day” vulnerabilities – and the emergency patches necessary to quash those bugs – as well as a commitment by the head of Java security that his team would fix flaws in the software.

Security professionals have blasted Oracle for its handling of Java, and called on the company to make security its top concern.

Apple’s Java 6 update for Snow Leopard can be retrieved by selecting “Software Update” from the Apple menu. Java 7 Update 13 can be downloaded directly from Oracle’s website or by manually triggering Java’s update tool.

The next Java update is scheduled for June 18, 2013. That update will only apply to Java 7, as Oracle ended support for Java 6 with last Friday’s patches. In the absence of Oracle fixes, Apple will also stop issuing updates for Java 6 to Snow Leopard users.