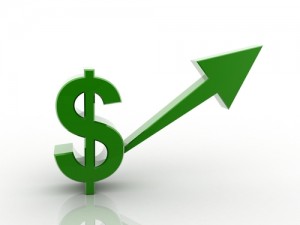 SAP on Monday announced that it is planning to impose a higher price on its Standard Support software maintenance services.

The increase will go into effect later this year, with only new contracts having to pay the hiked price.

“We want to inform our clients early to enable a better budget planning and adjustment for 2013,” SAP added. “Therefore, we encourage customers to take advantage of the opportunity to purchase new licenses with SAP Standard Support ahead of this change at the existing 18 percent rate until July 14, 2013.”

SAP also offers a higher-end Enterprise Support service that costs more money than Standard. The enterprise service was the subject of much controversy several years ago after SAP announced that all customers would be transitioned over to it. After an outcry from user groups around the world, SAP made some pricing concessions and also restored the Standard Support option.

The standard support pricing change announced on Monday does not apply to SAP’s Business One application, according to a statement. Nor is Enterprise Support affected, SAP said.

It is unclear how much additional money SAP stands to generate from the Standard Support increase, as SAP CFO Werner Brandt has said that some 95 percent of customers have adopted Enterprise Support.

Customers should ask SAP a number of questions, wrote analyst Frank Scavo, president of IT consulting firm Strativa, in a blog post.

For one thing, the 1 percentage point uptick actually works out to a 5.5 percent price hike over the 18 percent rate, Scavo noted.

Like with other software vendors, maintenance already provides huge profit margins to SAP. “Why should it become even more profitable?” Scavo wrote.

“How have SAP’s cost of support increased to justify this increase in my maintenance fees?” Scavo added. “Normally, the cost to support mature products decreases over time, as issues with the program code are resolved.” To that end, SAP should be considering a cut in maintenance fees, not a hike, according to Scavo.