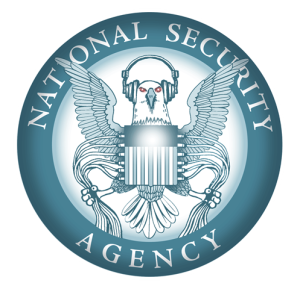 On Wednesday, the Obama administration released three opinions issued by the Foreign Intelligence Surveillance Court. One of the opinions, an October 2011 ruling written by federal judge John Bates, found that parts of the NSA surveillance program were unconstitutional and had to be changed.

In addition, Bates wrote that the NSA had misrepresented its surveillance efforts to the court at least three times from 2008 to 2011. During that time, the agency had been collecting domestic data amounting to 58,000 communications a year. The information included emails and other Internet activity.

The remaining opinions dealt with steps the NSA took to purge information it shouldn’t have collected and to narrow data gathering from what it called “upstream” communications, which involved tapping into the Internet from sources outside service providers and telecommunication companies. The court later ruled the modifications made the surveillance program legal and said it could continue.

At least three major lawsuits have been filed against the NSA by civil rights advocates challenging the constitutionality of the agency’s massive Internet surveillance program, which is meant to catch communications between terrorists in and outside the U.S. The NSA is barred from intercepting domestic communications.

Kurt Opsahl, senior staff attorney for the Electronic Frontier Foundation, a plaintiff in one of the suits, said the newly released FISC documents should help. EFF sued the NSA in 2008.

In such cases, the government often refuses to release information about classified programs, arguing that they are protected under laws allowing for the withholding of data on the grounds of national security.

In the EFF case, the federal courts had ruled against the government’s arguments for withholding information, but an appeal was always possible, Opsahl said. “If they did appeal, however, they would be dealing with a new situation on the ground, which is that so much has been declassified,” he said.

The latest documents also show that oversight of the NSA program has failed, Opsahl said. The FISC acknowledged that NSA misled it for three years. “These oversight mechanisms are not able to provide the proper oversight,” he said.

Opsahl’s opinion was echoed by the American Civil Liberties Union, which said the documents provided “further evidence that current oversight mechanisms are far too feeble.”

“This kind of surveillance is unconstitutional, and Americans should make it very clear to their representatives that they will not tolerate it,” Jameel Jaffer, the ACLU’s deputy legal director, said in a statement. The ACLU is also suing the NSA.

The new disclosures are expected to add to Americans’ growing concern that their civil liberties are being trampled. In July, a Washington Post-ABC News poll found 70 percent of Democrats and 77 percent of Republicans believed NSA surveillance programs intruded on their privacy rights.

Numerous reform bills have been introduced in Congress, and at least one expert believes the latest revelations will add to Americans’ concerns, which over time could grow enough to pressure congressional action.

Peter Ludlow, a professor at Northwestern University who has written extensively about U.S. intelligence work, said,Ã’Â “As the revelations come out, you see people’s thinking about this shifting, and people are coming to understand slowly but surely that something deeply wrong is happening with the NSA.”