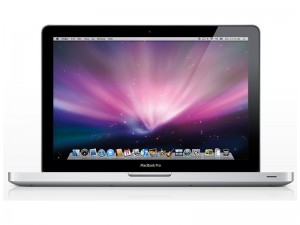 Soluto’s PC troubleshooting Web service has saved many a forehead from banging against a desk.

By scanning computers for installed software and crowdsourcing problems, Soluto’s consumer service helps with everything from boot times and app crashes to remote configuration. Soluto used the wealth of data it collected in this way to compile a list of the 10 most reliable Windows laptops currently on the market, dominated by a surprising star…and it’s not a PC.

The list published on Wednesday is based on information collected from 150,000 laptops since January 1, 2013. Analysis took into account application crashes, hangs, and blue screens. Soluto believes the MacBook Pro 13-inch may have gained its spot at the top of the list because of its clean Windows installations: When users install Windows on a MacBook, it comes as Microsoft intended, completely free of any OEM extras.

Second on the list is the affordable Acer Aspire E1-571, which costs a third as much as the MacBook Pro 13-inch yet was nearly as stable and trouble-free. The Acer comes out slightly ahead of the much fancier Dell XPS 13, which comes with an SSD and costs more than twice as much. Soluto notes that a full 32 percent of Soluto users removed the version of Windows that shipped with their Dell XPS, opting to start out with a clean Windows installation instead.

Soluto’s “big data frustration analytics” are based on objective metrics such as the number of crashes per week and the number of processes running in the background. The company used a formula to interpret the numbers and arrive at a single, simple grade for each computer tested. The list, which is published in the April 2013 edition of “Soluto’s PC purchasing guide for small businesses,” contains the raw scores for each computer as well, making further analysis (and alternative interpretations) easy.

Along with the rankings, Soluto also made a product announcement. The new Soluto for Business service, which is aimed at small businesses and IT service providers, builds on the popular consumer software. For $8 a month, Soluto for Business supports up to ten PCs, letting IT experts (formal or otherwise) remotely troubleshoot them.