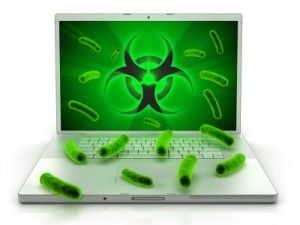 Despite McAfee predicting that unique malware samples would hit 75 million in 2011, the security vendor actually found that the real number actually surpassed that estimate.

The vendor’s latest report, McAfee Threats Report: Fourth Quarter 2011, found that while new malware slowed in Q4, mobile malware was on the rise and experienced its busiest period to date.

McAfee Labs seniorVP, Vincent Weafer, found the thread landscape in 2011 highly evolved, with a change in the motivation typical for cyber attacks. “Increasingly, we’ve seen that no organisation, platform or device is immune to the increasingly sophisticated and targeted threats,” he said.

While the good news in the report was that PC-based malware was found to have declined throughout Q4 of 2011, reaching a level that was in fact significantly lower than the same quarter a year earlier, the fact is unique malware samples exceeded 75 million.

McAfee found that Q4 2011 was the busiest period for mobile malware, with the victim in this case being the Android platform due to loopholes found by hackers in the open source OS . “On a global basis, we are conducting more of our personal and business transactions through mobile devices, and this is creating new security risks and challenges in how we safeguard our commercial and personal data,” Weafer said.

An average of 9300 new malicious sites come up every day in Q4, an increase from 6500 in the earlier quarter. The majority originated from the United States (73%), followed by the Europe-Middle East (more than 17% and Asia-Pacific (7%) regions.

The downfall of spam in 2011 has been well documented by the media and vendors alike, and McAfee found spam levels to be at their lowest in countries such as the UK, Brazil, Argentina and South Korea. Botnet growth was found to have rebounded in November and December, with the current “spearphishing” and spam being more sophisticated than ever before.

Confirming what provacyrights.org has been saying all along, the report confirmed that data breaches via hacking, malware, fraud and insiders have more than doubled since 2009, reaching 40 publicly reported breaches in Q4 alone.