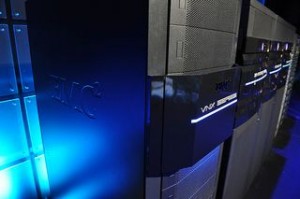 According to the latest figures from IDC, the MEA region’s external storage market suffered a year-on-year decline in the last quarter of 2012.

The research firm announced on Tuesday that the region’s external storage market plummeted to a total of $272 million for Q4 2012, despite terabyte capacity rising by a modest eight percent over the same period.

“The decline can be attributed to a considerable reduction in the number of project in the MEA region involving large-scale deployments when compared to previous years,” said Swapna Subramani, Senior Research Analyst, IDC Middle East, Africa and Turkey.

“However, we remain bullish on the external storage trend moving forward owing to the overall resilience of the market, which will be bolstered by new projects and government initiatives in the health and education sectors.”

The report showed that Saudi Arabia was the only country to register strong year-on-year growth, expanding by 60 percent in Q4 2012. Subramani said that this growth was driven by projects in the Kingdom’s telecommunications and education sectors.

The UAE external storage market, meanwhile, experienced a year-on-year revenue decline of three percent during Q4 2012. In contrast, Qatar posted a modest growth of nine percent, which was fuelled  by demand from the government and education sectors.

“IDC expects to see further growth within the government, automotive, financial services and petrochemicals sectors, among others in the region,” said Subramani.

The North Africa region experienced a continued slump in Q4 2012, which IDC attributed to political unrest and spiralling inflation. South Africa also faced a decline, owing to the seasonal trend of infrastructure uptake in the country. Nigeria, meanwhile, posted healthy, double-digit growth, which IDC attributed to deals in the financial and telecommunications sectors.

“Enterprise deals in key verticals will continue to play a pivotal role in shaping trends in the African storage market,” said Subramani.

EMC retained its top spot in the market, taking more than 48 percent share on the back of sizeable projects in Saudi Arabia, the UAE, Qatar and Nigeria. IBM came in second with just over 14 percent share, though the vendor suffered a decline in revenue year on year. NetApp placed third with just over a 10 percent market share, while HP followed closely behind with just under a 10 percent market share.

Dell witnessed a stark decline in revenue, IDC said, claiming that the vendor saw just four percent share in this segment during Q4 2012.