The much-anticipated update for Windows 8 will begin shipping on October 17, delivering a set of changes that Microsoft hopes will calm critics and improve sales of the tablet-optimized OS. 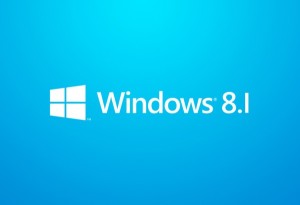 Windows 8.1, previously known as Windows Blue, will be available as a free update for Windows 8 users via the Windows Store that day starting at 4 a.m. U.S. Pacific time. On October 18, it will surface on retail stores and on new devices.

“It’s very exciting to be delivering Windows 8.1 to consumers just before Windows 8 celebrates its 1-year anniversary. You can expect to read more from us on Windows 8.1 leading up to availability on October 18th,” wrote Microsoft official Brandon LeBlanc in a blog post.

Microsoft did not mention when Windows 8.1 will ship to hardware manufacturers, the so-called RTM date.

Windows 8 shipped in late October of last year and was billed by Microsoft executives as one of the most important product launches in the company’s history.

With its radically redesigned user interface optimized for tablets and other touchscreen devices, Windows 8 is Microsoft’s attempt to improve the OS’ dismal share in the tablet OS market currently dominated by Apple’s iPad and Android devices.

But the Modern tile-based interface, modeled after the Windows Phone interface, has met with mixed reviews both among consumers and enterprises.

In fact, one of the main changes in Windows 8.1 is the addition of something very close to the Windows 7 Start button, whose removal in Windows 8 led to an outcry among users.

With Windows 8.1, Microsoft will also attempt to smooth the interaction between the new Modern interface and the more traditional Windows 7-like desktop which lets users run legacy applications. For example, it will be possible for users to boot directly to the traditional desktop interface.

Windows 8.1 will also let users view all the applications installed on their device and sort them by name, date installed, most used or category. Other enhancements include an improved search engine powered by Bing that will return results from a variety of sources, including the Web, applications, local files and the SkyDrive cloud storage service.

Windows 8.1 also adds options for seeing multiple applications on the screen simultaneously, including the ability to resize apps, for improved multitasking. Internet Explorer 11, a new version of Microsoft’s browser, will also ship with Windows 8.1, featuring faster page loading and better performance in touch-screen mode, according to the company.