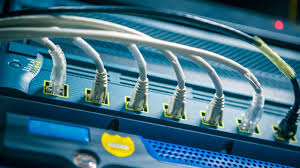 Microsoft and the U.S. Federal Bureau of Investigation have taken aim at a botnet network based on malware called Citadel that is held responsible for stealing people’s online banking information and personal identities.

The company, however, warned that because of Citadel’s size and complexity, it does not expect to fully take out “all of the botnets in the world using the Citadel malware.”

Botnets are networks of computers infected by malware, which can be controlled by cyber-criminals to send automated spam email, spread viruses, attack computers and servers, and commit other kinds of crime and fraud, without the knowledge of the owner of the computer.

In an action, code-named Operation b54, more than 1,400 Citadel botnets, which are said to be responsible for over half a billion U.S. dollars in losses to people and businesses worldwide, were disrupted, according to a blog post late Wednesday by Richard Domingues Boscovich, assistant general counsel of Microsoft’s Digital Crimes Unit.

The malware has affected more than five million people, with some of the highest number of infections in the U.S., Europe, Hong Kong, Singapore, India, and Australia, Microsoft said in a statement.

On Wednesday, Microsoft and U.S law enforcement seized data and evidence from the botnets, including servers from two data hosting facilities in New Jersey and Pennsylvania. Microsoft had earlier received authorisation from the U.S. District Court for the Western District of North Carolina to simultaneously cut off communication between the 1,462 botnets and the infected computers under their control.

During investigations started in early 2012, Microsoft and partners found that computers infected by the Citadel malware were keylogging, or monitoring and recording keystrokes, to gain access to a victim’s bank account or any other online account in order to withdraw money or steal personal identities, according to a statement by Microsoft.

Microsoft got assistance from the Financial Services – Information Sharing and Analysis Center, NACHA, and the American Bankers Association in its efforts to disrupt Citadel. NACHA manages the ACH Network, a backbone for the electronic movement of money and data. Tech companies Agari, A10 Networks, and Nominum also helped. The collaborative action is Microsoft’s seventh operation against botnets.

In the course of investigations, it was found that Citadel also blocked victims’ access to many legitimate anti-virus and anti-malware sites, to prevent them from removing the threat from their computer. It was also found that cyber-criminals are using fraudulently obtained product keys created by key generators for outdated Windows XP software to develop their malware. Microsoft cited it as evidence of “another link between software piracy and global cyber-security threats.”

Windows Vista, Windows 7 and Windows 8 have measures in place to help protect against this type of misuse of product keys, Boscovich wrote.