A jury in Seattle, Washington, has ruled in favor of Microsoft in a patent dispute with Motorola Mobility over standards patents, according to court records. 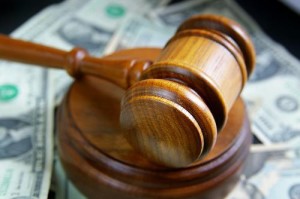 The jury was to decide Wednesday whether Motorola, now a part of Google, breached its agreements to provide certain technology to Microsoft on fair and reasonable terms.

The dispute between Microsoft and Motorola in the U.S. District Court for the Western District of Washington at Seattle can be traced to 2010 when Motorola asked Microsoft to pay royalties for Motorola technology contributed to the H.264 video compression standard and 802.11 wireless networking standard. Microsoft was willing to pay a royalty, but found the 2.25 percent of the product price that Motorola had sought was too high. Motorola’s terms were designed to ensure that Microsoft would not accept and Motorola could then sue for an injunction on its products, Microsoft argued in court.

Patents that go into defining standards, also known as standard-essential patents, usually carry with them the understanding that they will be licensed under fair, reasonable and non-discriminatory (FRAND) terms.

The misuse of standard patents to disrupt competition has been under scrutiny including by the U.S. Department of Justice and the Federal Trade Commission. The FTC, for example, has warned against the use of standard-essential patents to seek bans on sales of products.

“This is a landmark win for all who want products that are affordable and work well together,” David Howard, Microsoft’s corporate vice president and deputy general counsel said in a statement. “The jury’s verdict is the latest in a growing list of decisions by regulators and courts telling Google to stop abusing patents.”

The details of the jury verdict were not available immediately on online court records. Microsoft won about US$15 million in damages, the Seattle Times newspaper reported in a blog post.

“We’re disappointed in this outcome, but look forward to an appeal of the new legal issues raised in this case,” a spokesman for Motorola said in an email. “In the meantime, we’ll focus on building great products that people love.”

U.S. District Court Judge James L. Robart ruled in April that Microsoft had to pay US$1.8 million in fair and reasonable royalties, far less than the $4 billion Microsoft said it would have paid at Motorola’s demanded rate. Judge Robart earlier denied Motorola an injunction on Microsoft’s products that allegedly infringe its H.264 and 802.11 standards-essential patents, as the Google unit could not show irreparable harm or that monetary damages would be inadequate.