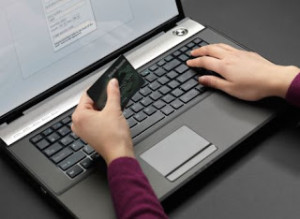 With the major developers of banking malware laying low, a new crook on the block has emerged gunning to be top dog in the market.

The developer’s new malware is called KINS, and he’s selling it for $5,000 a pop, although that price is likely to climb if the malware is a good as he brags it is.

“[KINS is] a new professional-grade banking Trojan that is very likely taking its first steps in the cyber-crime underground and could be poised to infect new victims as quickly and effectively as its Zeus, SpyEye and Citadel predecessors,” Limor Kessem, a cyber-crime specialist with RSA, the security division of EMC, wrote in a blog post on Tuesday.

The Trojan is entering the market at an opportune time, as developers of such major banking malware have either retired, gone into hiding or otherwise removed their skills from the open market.

“There aren’t any major commercial Trojans in the underground for sale right now,” Kessem said in an interview. “KINS will probably be the next Trojan that will take over.”

In a message posted to a Russian language underground forum and translated by RSA, KINS’ developer said the malware has been developed from scratch and not a modification of another product. Nevertheless, RSA found a number of similarities between it and previous Trojans.

For example, like Zeus and SpyEye, the malware has a main file and DLL-based plug-ins. One plug-in is already available for $2,000, according to the malware developer’s forum posting, to counter Rapport, a popular fraud protection program currently used by banks.

“The bad guys have figured out that they can make the most money by selling plug-ins, which provide extra functionality,” Roel Schouwenberg, a senior researcher with Kaspersky Lab, said in an email. “So people have pretty much moved to that business model.”

KINS is also compatible with Zeus web injections and works with RDP, as was SpyEye, and won’t work in former Soviet Union countries – a practice introduced by Citadel.

“The American police aren’t going to go after the developer so he doesn’t mind if computers in the states get infected,” RSA’s Kessem explained. “But if computers locally get infected, then eventually law enforcement will come after him.”

Moreover, the treatment of cyber-thieves, especially in Russia, is harsher than their treatment in the West. “The FSB – the Russian version of the FBI – are not very gentle with their tactics,” said Ken Baylor, research vice president for NSS Labs.

“A lot of the Russian fraud guys do not want to draw the attention of the FSB,” he told CSOonline. “You can infect people and steal their money but just don’t do it in your own back yard.”

KINS’ author also appears to have adopted some of the “best practices” of his forbearers, RSA said. For instance, it’s build to stay away from Trojan trackers, can be spread by popular exploit packs like Neutrino and will more deeply infect a Windows machine by poisoning its Volume Boot Record.

These bad apps also typically change their characteristics very rapidly. “It’s designed to morph itself every time it runs so it’s polymorphic in nature,” Rahul Kashyap, chief security architect with Bromium, said in an interview. “That means they’re very difficult to detect reliably.”

KINS has the potential to become very popular among digital bank robbers, RSA’s Kessem noted. “This Trojan is something that cyber criminals are cheering on because this is the first developer willing to sell a banking Trojan to them.”

“This developer seems to be bolder than other Trojan developers,” Kessem said.