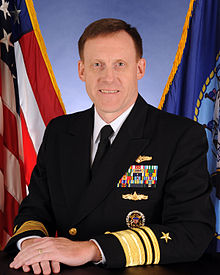 U.S. President Barack Obama has nominated an expert cryptologist to head the National Security Agency at a time when the agency is under pressure to reform its surveillance.

The Department of Defense announced late Thursday that Navy Vice Admiral Michael S. Rogers was the president’s nominee to command the U.S. Cyber Command of the military. Rogers will in addition serve as director of the NSA and chief of the Central Security Service.

The NSA has been at the centre of a privacy controversy after disclosures since June last year by its former contractor Edward Snowden. The NSA’s bulk collection of phone records in the U.S. has been criticised by civil rights groups, legislators and Internet companies.

The NSA has also been charged, among other things, with having access in real-time to content on servers of Internet companies, spying on leaders of other countries, and breaking into the main communication links that connect Yahoo and Google data centres around the world.

The NSA has said it needed the collection and storage of bulk data for its analysis tools to be effective, though it has filters in place to prevent unauthorised access to personal data.

Rogers will lead the NSA at a time when it is planning reforms aimed at bringing more public transparency to its operations. Earlier this month, Obama called for changes to NSA surveillance, with new privacy advocates assigned to argue for the public in the secret U.S. Foreign Intelligence Surveillance Court, and a move away from the bulk telephone records collection program, with the goal to have a new program that does not include the NSA holding onto the records.

Rogers has served in many functions as a cryptologist, including leading cryptologic direct support missions aboard U.S. submarines and surface units in the Arabian Gulf and the Mediterranean.

An Obama-appointed review group on intelligence and communications technologies recommended to the president last month that the head of the military unit, U.S. Cyber Command and the director of the NSA should not be a single official, to distinguish the “warfighting role from the intelligence role.” It also recommended greater civilian control over the agency, including Senate confirmation for the director and being open to having a civilian director. “NSA should refocus on its core function: the collection and use of foreign intelligence information,” it added.

Rogers has the wisdom “to help balance the demands of security, privacy, and liberty in our digital age,” Secretary of Defense Chuck Hagel said Thursday. The government has also appointed Rick Ledgett, a civilian, as deputy director of the NSA, according to the statement. He was heading a task force to assess the damage from the leaks by Snowden.