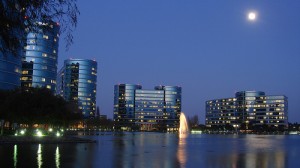 Oracle has revised two of its business intelligence products, giving users the ability to wrest intelligence from a wider range of data sources, including spreadsheets, social media sites and Hadoop deployments.

“Organisations want to use analytics more and more, and that drives demand from all kinds of different users in the organisation to [ingest] new data sources,” said Paul Rodwick, Vice President of Product Management, Oracle Business Intelligence.

The company has updated both Oracle Endeca Information Discovery and the Oracle Business Intelligence Foundation Suite, releasing new versions of the software in conjunction with Collaborate, an independent conference for Oracle software users this week in Denver, United States. Each software package comes with new ways to ingest additional sources of data for analysis.

The newly released Oracle Endeca Information Discovery 3.0 is the first major product update for the software since Oracle acquired Endeca in October 2011, Rodwick said. The Endeca software allows users to analyse unstructured data, or data that has not been captured in a database or data warehouse.

In addition to connectivity to additional data sources, the newly released Endeca software also comes with a new user interface. Users can now drag and drop visualisations to data source, allowing the software render a visual representation of the data in the chosen format. It can now also search and index material in 22 languages.

The Oracle Business Intelligence Foundation Suite version 11.1.1.7 also expands the number of data sources it can work with. This is the first version of the suite to be able to draw data from a Hadoop cluster, through the Hive Open Database Connectivity (ODBC) connector. Oracle BI “dashboards, reports and scorecards can source from Hadoop,” Rodwick said. “The Oracle BI Server generates a Hive query language, which initiates a Hadoop job. You can leave the data in Hadoop, rather than moving it into a database.”

The version of the suite comes with a number of new data visualisations, including Performance Tiles and Waterfall Graphs. The mobile application that runs with the suite now comes with a security toolkit, the ability to support gestures and the more capabilities for viewing content.