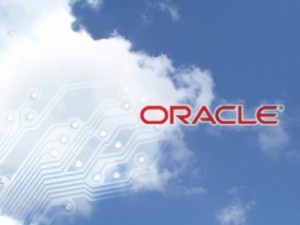 Oracle has reported that net income rose 11 percent to US$2 billion while revenue fell 2 percent to $8.2 billion in the first quarter ended Aug. 31, with the period marked by some strength in software but falling hardware revenues.

Hardware systems products revenue for the quarter fell 24 percent to $779 million. Oracle has for some time de-emphasized efforts around commodity servers in favour of higher-margin “engineered systems,” which combine Oracle software with servers, networking and storage gear.

“Exadata, Exalogic, Exalytics and our other engineered systems grew more than 100 percent in the quarter,” said Oracle President Mark Hurd in a statement. “For the full year, we expect to double engineered systems sales to well over $1 billion. Oracle’s new cloud business is also approaching a $1 billion annual run rate. These two businesses will drive Oracle’s growth for years to come.”

The company’s first-quarter results come less than two weeks before the start of its annual OpenWorld conference in San Francisco, where it is expected to make a slew of product announcements.

“A little more than a week from now we will announce lots of enhancements to the Oracle Cloud,” Oracle CEO Larry Ellison said in a statement. “There are more CRM, ERP and HCM applications as a service, and more Oracle database, Java and social network platform services. Our new infrastructure as a service is available in the Oracle Cloud and as a private cloud in our customers’ data centre, with the unique ability to move applications and services back and forth between the two.”

Oracle executives are expected to discuss the news further during a conference call later Thursday.