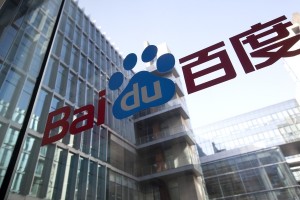 Mobile operator Orange and Chinese Internet giant Baidu have developed a co-branded mobile browser for Android-based smartphones in the Middle East and Africa.

The browser is the result of an exclusive deal between the two companies that aims to increase data usage in emerging markets. The partnership is the first time Baidu has signed such a deal with a global operator, according to Orange.

The browser will be available in Egypt in Arabic on Monday and will then be rolled out across Orange’s African and Middle Eastern footprint. In addition to Arabic, there will also be English and French versions for users to choose between.

The browser will come pre-installed on Android-based smartphones and also be available as a download. The choice to start rolling out the browser on Android was a natural one for Orange, since demand for smartphones based on Google’s operating system doubled in Egypt during the second half of last year, Orange said.

The goal was to develop a browser that was as simple as possible to use. From the home screen, users can access Web-based apps and Internet services from Baidu and Orange, as well as Wikipedia, Facebook and Twitter.

The browser has integrated data compression to keep download speeds up and costs down.

Orange and Baidu aren’t the only companies that have launched a frugal, easy-to-use browser to encourage data usage in emerging markets. Vodafone has worked with Norwegian browser maker Opera Software and Nokia has developed its Xpress browser, for example.