The health technology vendor, Royal Philips has announced the appointment of Özlem Fidancı as Chief Executive Officer for the company’s operations in the Middle East and Turkey.

Fidancı, a Philips veteran, is set to continue driving the company’s strategic objectives and overall growth across the region. In her new role, Fidancı will be responsible for 16 countries. 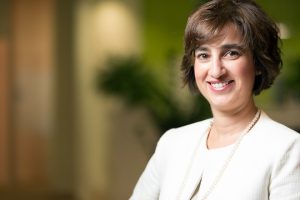 Commenting on her new appointment, Özlem Fidancı said, “Philips has had a longstanding history in the region, and the Middle East and Turkey is an important market for Philips, one which reflects our growing commitment towards driving our investments further across the region.”

“We are keen to be working with the private sector as well as governments throughout the region to help build an innovative approach towards a stronger healthcare infrastructure, in line with national health agendas. The aim is to optimise healthcare data management, enhance clinical performance, patient experience, and deliver an added value to the local health systems,” added Fidancı.

Having graduated from Turkey’s Boğaziçi University in 1992, Fidancı began her career Tetra Pak as Business Development Manager until 1998, where she then joined Philips, and held a number of senior roles.

After having served as the Philips Consumer Products General Manager since 2008, Fidancı became the Head of Marketing, Sales and Strategy to the Philips Electronics business in Singapore in 2010, where she played an important role in driving the company’s emerging markets’ strategic plans.

In 2011, she rejoined the region as Vice President and General Manager to the Philips Consumer Products Middle East, Turkey and Africa (META).

Fidancı became the Senior Vice President Health Systems for the Middle East and Turkey in 2015, and since then has carried out a number of successful projects that aimed at extending healthcare solutions, digital health applications and increasing people’s access to healthcare services.