The introduction of Rackspace’s hosted Dedicated VMware vCenter Server will allow IT staff to control their VMware environments from a data center run by the vendor. 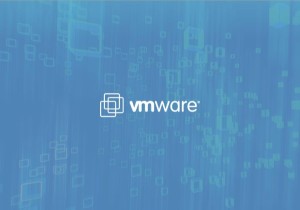 As enterprises move IT infrastructure out of their own data centers, vendors are offering a growing list of alternatives that in Rackspace’s world includes hybrid clouds, which combine public and private clouds, and dedicated hosting. The latest addition to the latter offering is Dedicated VMware vCenter Server, which allows IT departments to retain full control with the tools they are used to without having to bother with the underlying infrastructure.

“Many of our customers have large VMware installations in-house today, and they have made significant investments in that and don’t want to throw it away,” said Andrew Wing, senior product manager at Rackspace.

For companies that want to stick with VMware, but don’t want to expand their data centers or have data centers at all, Rackspace already offers managed virtualization based on VMware vSphere 5.1. The addition of vCenter builds on that. From a single console, administrators can control virtual servers running in-house and in Rackspace’s data centers. It is also possible to mix vCenter servers that run in an enterprise’s own data center and ones that are hosted by Rackspace.

Until now, Rackspace’s hosted VMware platform used a shared vCenter model, which only offered limited management capabilities, according to Wing.

Rackspace will at first charge a yet undecided monthly fee per hypervisor that is managed by the hosted vCenter server and in the next phase move to a model where enterprises pay for what they use.

“It is just a question of getting our billing systems set up to make that a reality,” Wing said.

Today, enterprises are using Rackspace’s managed virtualization to run things like e-commerce platforms and Web content management systems. But Rackspace is hoping to attract more central IT functions, including ERP and CRM systems, according to Wing.