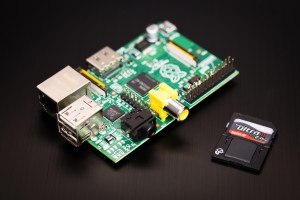 The U.S. distributor of the $25 Raspberry Pi computer quickly exhausted its limited supply of the devices Monday.

Allied Electronics, which distributes the single-board computer in the United States, has posted a ‘no more’ notice at its website.

“Due to limited supply of the Raspberry Pi Model A, we are not offering pre-orders or back-orders on the product at this time,” the posting said.

“The Raspberry Pi Model A will only be available for purchase when we have inventory on hand to fill the order,” it added.

When a new batch of Raspberry Pis hits the shelves, they usually sell briskly. So it’s no surprise that Allied sold out of the Model A so quickly. On the other hand, Allied reportedly only had few dozen units available, which contributed to the quick sell-through.

A spokesperson wasn’t immediately available from Allied to comment on the sell out and when more units would be available.

Since its introduction last year, Raspberry Pi – a low-priced, Linux-based single-board computer – has been a runaway best seller, cracking the 1 million sales mark less than a year after its introduction.

The Model A is the lowest priced version of the computer. To get the price down to $25, Pi makers removed the computer’s Ethernet port and included only one USB port.

The absence of those features allows the Model A to consume about a third of the power of its big brother, the $35 Model B. That makes the A more suitable for solar-powered projects, as well as using the credit-card sized computer in data-gathering sensors at remote locations and in Wi-Fi repeaters.

A check of Allied’s Model B inventory revealed that unit sold out, too, but the company is apparently taking back-orders for that version of the computer, although it’s warning buyers that wait times for a device may exceed six weeks.

Raspberry Pi makers began selling the Model A in Europe in February. U.S. sales have been bogged down in government red tape.

That hasn’t stopped some European outfits from hawking the Model A on eBay, according to Ars Technica. A German electronics shop is selling the unit for $38.50 on the online bazaar, and some British sellers are offering units online, too.

Ars also noted that Model B’s with 512MB of RAM are being sold on Amazon for $46.

Production is up to “a few thousand” a week, he added, and the units will dip in and out of availability until demand stabilises.