Red Digital Cinema Camera Co. has announced that it will be shipping the “world’s first holographic media machine,” a smartphone with 3D image capabilities. 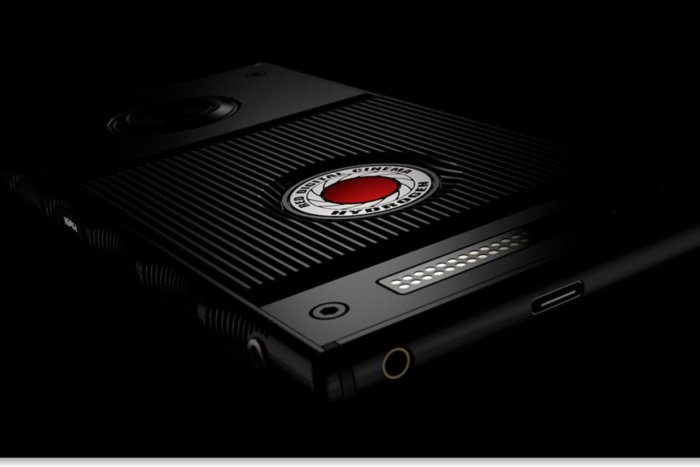 Red, known for its professional high-definition cameras used for filming movies such as Guardians of the Galaxy and The Hobbit, said its new Hydrogen One Media Machine smartphone will ship in the first quarter of 2018.

What the company called “nanotechnology” will allow the smartphone to seamlessly switch between traditional 2D content, holographic multiview content, 3D content and interacting games, which can be viewed in both landscape and portrait modes.

“Wearable displays not spoken here,” the company stated in a press release. “It is no longer necessary to carry (or charge) another device to enjoy multi-dimensional content.”

Red said it has also created its own file type, called “Hydrogen 4-View content.” Like Apple’s iCloud service, video and photos will automatically be stored via the company’s Red Channel, which also users to stream holographic games and movies.

The company also created a proprietary firmware algorithm that converts stereo sound into multi-dimensional audio. “Think 5.1 on your headphones,” the company stated in its marketing material.

Because of its modular design, the smartphone will be able to incorporate future attachments for shooting higher-quality motion and holographic still images. The smartphone will also integrate into the Red camera programme with the company’s Scarlet, EPIC and Weapon line of 8K cameras to act as a user interface and monitor.

The Hydrogen One will come with a USB-C cable and charger and an expandable micro SD card slot.

Red did not reply to a request for comment, and it did not specify the differences between the Aluminum and Titanium models, but it did indicate in its marketing materials that orders placed now will ship from its first production batch.

“I can also assure you that after this initial release we will NOT be able to fill all orders on time due to display production limitations,” Red stated in its press release. “We will NOT guarantee these prices at the time of release.”