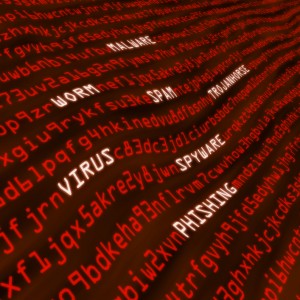 Details have emerged of an extraordinary attack in which millions of DSL broadband routers in Brazil were hit by a serious software flaw that allowed criminals to gain complete control of all web traffic running through them.

First noticed in 2011, it is only since a presentation by Kaspersky Lab researcher Fabio Assolini, that the severity of the attack, which left 4.5 million routers defenceless, has become clear.

Ironically, the vulnerability turned out to be caused by the Broadcom chipset used in all of the routers although it seemed to vary by model and firmware version.

The flaw gave remote attackers the ability to bypass login security, taking control of the device and changing consumers’ DNS settings to resolve all web addresses through a network of 40 malicious servers.

Armed with knowledge of the flaw, criminals scoured the Internet looking for exposed devices which were then hit with an exploit using an automated script. Users were then locked out of the hardware by changing the passwords.

Cleverly, the attackers left the secondary ISP-defined DNS server untouched, which allowed them to launch attacks using the rogue primary DNS for a only short periods in a day as a way of avoiding drawing attention to what was going on.

The result? The attackers were able to install malware, intercept online bank logins, or simply redirect users to bogus Facebook, Google and Orkut phishing pages. A single log on one of the malicious DNS server examined after the attack was rumbled showed 14,000 victims.

The attack is a reminder that although most criminals attempt to compromise the PC, routers can also be prone to serious vulnerabilities.

Kaspersky is scathing about the complacent reaction of the hardware vendors concerned.

“Some manufacturers neglect to act even after being alerted to these problems. This leaves users exposed to attacks as companies are slow to release the necessary firmware upgrades to solve the problem,” said Assolini in a blog that summarised the attack.

The old-fashioned hardware had been approved by the Brazilian Government but without any security assessments having been carried out.

“The negligence of the manufacturers, the neglect of the ISPs and ignorance of official government agencies create a “perfect storm”, enabling cyber criminals to attack at will.”

Using home routers to compromise web security is audacious and unusual; a more conventional form of the same idea was the DNSChanger malware that successfully infected large numbers of PCs before being disrupted by the FBI.