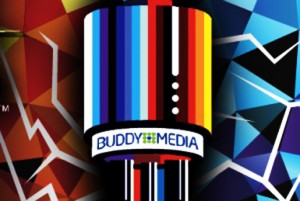 Salesforce.com is acquiring social media marketing firm Buddy Media in a US$689 million cash and stock deal, the companies announced yesterday. The transaction is expected to close in Salesforce.com’s third fiscal quarter, which ends Oct. 31.

Buddy Media counts Ford, Mattel and Hewlett-Packard among its approximately 1,000 customers, according to a statement. Its capabilities for delivering targeted marketing content through Facebook, LinkedIn and YouTube will build on the social media monitoring technology Salesforce.com gained through last year’s purchase of Radian6.

“With CMOs surpassing CIOs in spend on technology within the next five years, our Marketing Cloud leadership will allow us to capitalise on this massive opportunity,” Salesforce.com CEO Marc Benioff said in a statement.

The announcement was not unexpected, coming about a week after an AllThingsD report that said the companies were close to an agreement. However, that report cited sources saying the acquisition price was above $800 million.

“Facebook has become the new corporate homepage,” Benioff said during a conference call on Monday. The addition of Buddy Media to Salesforce.com’s CRM (customer relationship management) applications for sales and service will allow Salesforce.com to offer companies the ability to manage “the social media lifecycle in one unified platform,” he said.

Salesforce.com will build a large direct sales force that will target CMOs with this offering, according to Benioff.

“What is happening is CMOs are tightly partnered with CIOs, sometimes [CMOs] even have their own CIOs, but the CMO is the buyer,” he said.

Salesforce.com “reviewed every single company in the space” before settling on Buddy Media, Benioff said. Buddy shares many customers with Radian6, according to Salesforce.com.

There are three main use cases for social media in CRM, namely support, marketing and crisis management, according to analyst Ray Wang, CEO of Constellation Research.

There are good reasons for the large disparity between what Oracle paid for Vitrue and Salesforce.com is paying for Buddy Media, Wang said.

“Buddy Media has the bigger presence, and the [advertising] agencies typically like how Buddy Media works with them to kick off campaigns,” he said.

“Eloqua, IBM, SAP, and Microsoft have yet to make their play in the social marketing space. The good news is there are enough vendors out there for acquisitions. The bad news is the independents will have a tougher time making their case,” he added.