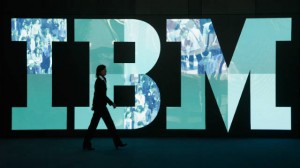 IBM yesterday unveiled upgrades to its line of storage products that it said adds more support for cloud technologies. For instance the upgrades include the addition of compression capabilities to the midrange V7000 array and the company’s storage virtualisation appliance.

In all, under its Smarter Computing Initiative, IBM announced upgrades or new services for 12 storage products.

“Enterprises are dealing with data that is increasing exponentially in both size and complexity,” said Rod Adkins, senior vice president of the IBM Systems & Technology Group.

“The enhanced systems and storage solutions we’re announcing today have the performance, efficiency and intelligence to handle this big data. This is smarter computing that allows our clients to organise and analyse their data to better understand and serve their customers,” he added.

The upgrades include the integration of real-time compression with the StorWize V7000 midrange storage array and its SAN Volume Controller (SVC) storage virtualisation appliance. The new feature compresses data by up to 80%, increasing storage capacity by as much as five times, IBM said.

The compression algorithm also addresses production data, not just low-activity data on the appliance, a dramatic change from past iterations.

The V7000 and SVC updates include the addition of support for the Fibre Channel over Ethernet (FCoE) protocol, which will allow administrators to converge storage and common server data traffic over LANs for ease of management and lower costs, IBM said.

IBM also boosted capacity on its Storwize V7000 through clustering technology, that allows twice as many drives to managed under a single interface. Now, up to 960 drives or 1.4 petabytes of capacity can be managed in a V7000 array.

The company also added support for VMware vCenter Server, which provides integrated management of file and block storage within VMware from a single interface.

The company’s flagship storage array, the DS8000, also got a drive upgrade that offers users 33% more storage capacity, along with a 400GB solid-state drive (SSD) option.

The new SSDs, as well as nearline hard drives that are available in the DS8000, can be ordered with self-encryption for data protection.

The DCS3700, a rebranded NetApp Engenio E5400 box, is aimed at big data environments. The DS3500 is an entry-level array aimed at small and mid-sized data centres.

IBM also released a new version of its Scale-Out NAS system (SONAS) that offers a distributed global namespace for a single aggregated view of all files regardless of their physical location. For example, multiple users can now view the same files regardless of where the files are located, whether on disk and tape subsystems.