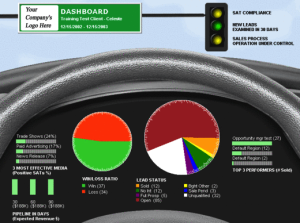 There are six design principles within LAVA, according to a recent post on an SAP blog.

One is “lean appearance,” where analytic applications have a “clean, minimal display style that focuses on the data itself versus on irrelevant faux decorations like gradations, drop shadows, or reflective surfaces,” according to the post by Anita Gibbings, director of BI solutions marketing.

LAVA also introduces “points,” or “mini-charts” that deliver information in bite-sized pieces. “Think of them as chart tweets,” she wrote.

A related concept is “channels,” which are “simple containers for displaying and navigating to multiple Points and Charts”; and “boards,” a type of dashboard. “Initially these will be simple containers for Channels and free-standing charts, and will be expanded to provide templates suited to known analytic consumption purposes,” according to the post.

LAVA’s fifth element involves “lattices.” These are “multi-layer, manipulable bar chart[s], enabling user-driven drill-down filtering and other operations,” according to the post.

The question now is how quickly SAP manages to fully enmesh LAVA within Business Objects.

An initial step has already been taken, according to Gibbings. “Lean appearance is now the default for SAP visual analytics,” she wrote. Some additional details could be released in “a month or so,” she added.

That time frame coincides roughly with SAP’s annual Business Objects user group conference. SAP will make at least one announcement related to LAVA at the event, according to a spokesman.

“The tools we have [in Business Objects] are extremely powerful and really good at visualizing data,” said Greg Myers, analytics architect and member of the SAP Mentor program for especially involved community members. “What they’re not so good at is visualizing vast amounts of data. That’s where HANA and LAVA come into play.”

HANA is SAP’s in-memory database platform, which has become the central pillar of its software development efforts.

LAVA’s design principles, which emphasize cleaner and simpler ways of getting at data, are also a response to the rise of mobile devices, Myers said.