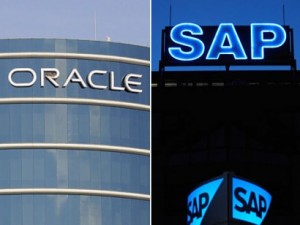 A growing interest in big data, analytics, and cloud computing helped propel a weak software enterprise market last year, according to research from IDC. SAP and Oracle fared the best among the large software vendors.

The worldwide software market grew 3.6 percent year-on-year and totalled US$342.6 billion, which is less than half the growth rates seen in 2010 and 2011, according to IDC’s latest Worldwide Semiannual Software Tracker.

IDC sees 2012 as the beginning of a period with slower growth for the enterprise software market as a whole. However, there are faster growing segments, such as data access, analysis and delivery; collaborative applications; CRM applications, security software; and system and network management software, according to IDC.

On a regional basis, the overall software market was undermined by sluggish sales in Western Europe, which represented 26.5 percent of the worldwide market and was the only region to experience a drop in revenue in 2012. The U.S. market — which represented more than 45 percent of the overall market — grew by 6 percent year-on-year, according to IDC. The countries with the greatest growth in 2012 were Saudi Arabia, Peru, Colombia, China, and Turkey, it said.

Microsoft, IBM, Oracle, SAP and Symantec were the top five software vendors in 2012 based on revenue. SAP’s revenue grew the most at 5.1 percent followed by Oracle at 3.9 percent. The other three vendors also saw revenue grow, but slower than the overall market, according to IDC’s data.

IDC divides the software market into three primary segments: applications; application development and deployment; and systems infrastructure software. The application development and deployment segment, which contributed nearly a fourth of total software revenues in 2012, was the fastest growing market with a 4.6 percent year-over-year growth rate, thanks to the increasing adoption of big data and analytics among enterprises.

The applications segment was the largest of the three with 49 percent of total software revenue. It grew slightly slower than the overall the market at 3.3 percent. However, CRM and collaborative applications stood out with yearly growth rates near 7 percent, thanks to companies migrating to cloud-based services and more interest in enterprise social software, according to IDC.

The system infrastructure software segment, which made up 27 percent of overall revenue, also grew by 3.3 percent year-on-year. Again there were stand-out areas, including security software as well as system and network management software, which both grew by more than 6 percent.