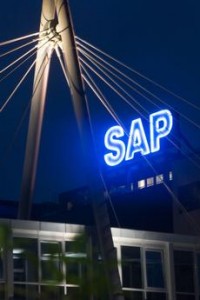 SAP reported Wednesday double-digit revenue growth in the third quarter, benefiting from a strong performance in the Americas and double-digit growth in the Asia-Pacific and Japan region, and high demand for its new technologies like HANA across all regions.

The company has also revised upwards its revenue guidance for 2012 which includes its October acquisition of Ariba, and expects to reach the upper-end of the guidance if there isn’t a deterioration in the macroeconomic environment.

In the quarter ended Sept. 30, revenue was €3.9 billion (US$5 billion at the exchange rate on the last day of the quarter), up 16 percent from the same quarter a year ago, according to international financial reporting standards (IFRS). Software revenue grew 17 percent to €1 billion, while software and software-related service revenue was up 19 percent to €3.2 billion.

Profit was however down 51 percent to €618 million from the same quarter a year earlier, when the company’s reduction of the provision for its TomorrowNow litigation with Oracle boosted profits. Profit was also impacted by a €64 million expense related to the currency hedging of the purchase price for the Ariba acquisition.

SAP’s cloud momentum also continued in the third-quarter with 12 months new and upsell subscription billings increasing 14 times, the company said. Even after including the company’s February acquisition of cloud software company SuccessFactors in SAP’s 2011 numbers the growth is triple digit at 116 percent, it added. For SuccessFactors on a stand-alone basis, 12 month new and upsell subscription billings grew 92 percent.

Including its October acquisition of Ariba, SAP expects full-year 2012 non-IFRS software and software-related service revenue to increase in a range of 10.5 to 12.5 percent at constant currencies. This includes a combined contribution of about 2.5 percentage points from SuccessFactors and Ariba. The previous outlook provided in July was 10 to 12 percent, and did not include Ariba.