Crown Prince of Dubai and Chairman of the Board of Trustees of the Dubai Future Foundation (DFF) Sheikh Hamdan bin Mohammed bin Rashid Al Maktoum said that learning about the latest scientific findings and discoveries across various fields and acquiring the most advanced knowledge that can help meet the vital needs of human beings has become critical today, given the growing challenges facing the world. 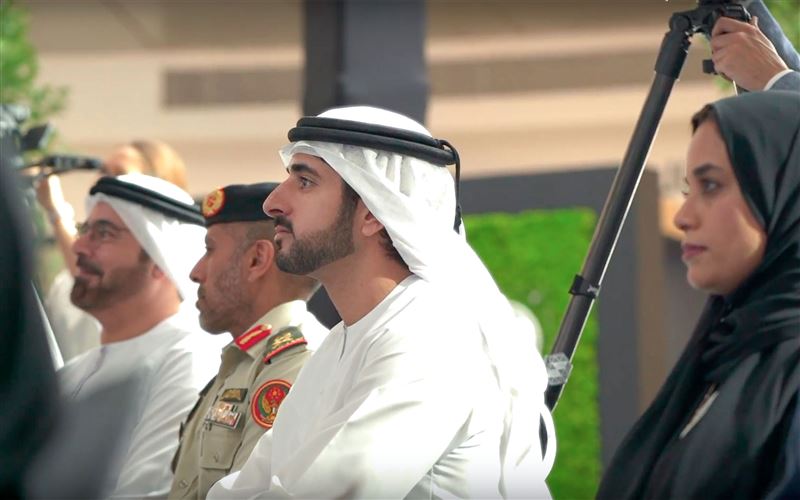 Sheikh Hamdan’s remarks came as he attended the second session of Dubai Future Talks, organised by the Dubai Future Foundation.

During the Dubai Future Talks session, Sheikh Hamdan also highlighted that using this knowledge in the best way to support the nation’s strategic objectives is key for Dubai and the UAE.

“Over the past few years, the UAE has attracted the most talented and experienced people across various fields. Today, as we are entering a new ambitious phase of development, we need to stay abreast of the latest discoveries to build a comprehensive talent base and cutting edge infrastructure so that our nation will always be proactive in finding opportunities to serve our people and ensure their happiness,” said Sheikh Hamdan.

The Talks focused on the theme ‘Neuroscience and Cognitive Awareness’. The Chairman of the National and Reserve Service Authority Major General Pilot Sheikh Ahmed bin Tahnoon Al Nahyan, and Minister of Cabinet Affairs and The Future Mohammed Abdullah Al Gergawi and a number of senior officials also attended the second session of the Dubai Future Talks.

Sheikh Hamdan praised the Dubai Future Talks initiative and the opportunity it offers to share knowledge, discuss ideas and key issues that can help build the capabilities of UAE nationals, so they can unleash their potential using the best scientific and technical solutions.

The second session featured a talk by Dr. Anil Seth, Professor of Cognitive and Computational Neuroscience, University of Sussex, UK. He spoke about cognitive awareness from the point of view of neuroscience. In his talk, he highlighted the relationship between intelligence, consciousness and artificial intelligence.

Dr. Anil Seth discussed the way awareness manifests and the mechanism through which it is processed in the brain. He also discussed the enormous potential of the human mind, which gives humans the ability to be innovative and creative in ways that vary from one person to another.

The Dubai Future Talks is a knowledge-based initiative that aims to help build the capabilities of members of society, and inspire them to participate in building the future by sharing the success stories of prominent thought leaders, businessmen, and specialists from across the world.

The initiative forms part of the effort to cement Dubai’s position as a hub for future sciences, and a global centre for knowledge.