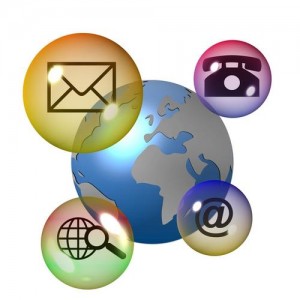 Siemens Enterprise Communications today announced Version 7.0 of its OpenScape UC suite that enables the VoIP platform to support up to 500,000 users.

The new version allows the platform to support an additional 400,000 users than the previous version, as well as a parcel of new UC capabilities, including federated UC support to extend presence, chat and other core functions to other domains, support for MacOS, and some slick call handoff capabilities between various types of devices and networks.

Strengthening the product portfolio was number two on the task list of company President Chris Hummel. Number two because the first order of business was to restructure the company for its new size after former parent company Siemens AG sold a 51% stake in Siemens Enterprise Communications three years ago to private equity company Gores Group.

“We were once a $6 billion company, but the business had been declining 10% annually for the last 10 years. Now we’re a $3 billion company.  A lot had to change,” Hummel said.

Siemens Enterprise Communications only has 1.5%-2% market share here today, and is 8th or 9th on the market share list, Hummel said.  But it is a global company and tops the charts in Germany, Brazil and in Western Europe, and is second or third in market share on a worldwide basis. “We need to get bigger here. We won’t be first, second or third, but we have to do better,” he added.

As the company fleshes out the product portfolio, Hummel said the plan is to:

– Aggressively pursue new business, instead of just service the installed base.  At the end of fiscal 2011, which ended last September, orders were up 26%, about half of the business coming from legacy customers while the rest was net new.
– Go after bigger transactions.  Typical deal sizes used to range from $100,000-$300,000, but the company has recently landed seven $1 million plus deals with new customers.  “Gross margins are up too. We’re not buying business,” Hummel said.
– Showcase the company’s technology and services.  Hummel said the company’s managed service business is already a $1 billion line, “as big as most,” giving the company a firm foundation for emerging cloud business.  In fact, he said the company already has a million ports in private cloud environments.
– Build a bigger and richer ecosystem of partners.  The company has deals with, among others, Black Box, which landed two of the seven $1m+ deals, and Verizon, which partners with Siemens Enterprise Communications on a worldwide basis, particularly on complex projects.

Hummel said the company hangs its hat on advanced technology, but has a compelling cost advantage as well.  “In a $200,000 deal, there’s isn’t going to be much of a pricing difference  between vendors, but at $5 million to $10 million, the cost separation really starts to show up,” he said.

In a recent $50 million win to modernise a large state network with 60,000 end points, Hummel said Siemens Enterprise came in 25% less than what Microsoft bid.  Others vying for the contract included Cisco and Avaya.

While this is an impressive win over the biggest names in the business, it is going to be hard for Siemens Enterprise to compete with these industry powerhouses, said Zeus Kerravala, the founder and principal analyst of ZK Research.   “This is home turf for Avaya and Cisco, Microsoft is coming on strong, and Huawei will be making a big push.  It will be hard for Siemens to grab share.”

Siemens’ tech is up to snuff, Kerravala said, but one thing that worries potential customers is the fact that they are now private and it is hard to ascertain their financial health.  Their best bet is in vertical markets that are driven by RFPs, like the state business noted above.

The capacity gain in Version 7 of OpenScape UC  is achieved by increasing the number of lines each system cluster can support from 15,000 to 40,000, said Rick Puskar, Senior Vice President of Global Portfolio Management.

And all system components can be virtual, he said, making it easy for the company to accommodate the customer’s delivery mode of choice, whether on premise, hosted in the cloud or a hybrid model straddling the two.  VMware is the company’s virtual environment of choice.

Customers that do deploy the system in a virtual environment, however, will lose about 25% of the system line capacity, said Jan Hickisch, Vice President of Portfolio Management for Unified Communications.

While the high-end capacity will only appeal to the largest shops, the unified communications advances should be attractive to everyone.

The company’s support for XMPP, for example, is designed to enable customers to federate UC “with other UC, messaging, social media and collaborative app environments,” the company said.  That will allow users to view user status across domains and, among other things, chat using native tools.  It will enable, for example, OpenScape users to converse with Google Talk and Apple iChat users.

Collaboration enhancements include new desktop client support for Mac OS and plug-ins for Microsoft Outlook,  Puskar said.  On the mobile front, the company has simplified support by focusing on downloadable apps for the popular smartphones, including all Android and Apple iOS devices.

The apps make the devices full participants in the UC environment, and support the ability to swipe voice calls between devices and networks, Puskar said.  “I can swipe a call from my cell phone to my desk phone, or to any device in my preferred device list, even my analog phone at home.  Or, if I’m on the WiFi net at home, when I leave I can swipe the call onto the cell network.  The call transparently moves not only between devices, but networks as well,” he said.

Kerravala said the swipe technology might seem gimmicky at first, but it is very intuitive and has the potential to be a feature that users clamor for.

Asked what types of environments Siemens Enterprise typically encounters when it approaches new customers, Puskar said some 60% are still pure TDM, while the rest have TDM and a couple of IP techs like video.

Are they shopping for VoIP or UC?   The latter, Puskar said. “They’re looking for how to make that first step to UC, trying to figure out how to take those first few bites of the apple to start the transitional phase.”

OpenScape 7.0 will be available in June.