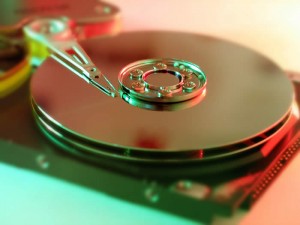 A recent study of small- and medium-sized businesses in the US and Europe revealed that many of them are facing challenges in implementing back-up and recovery solutions that can help protect their businesses.

Eighty-five percent of SMBs said high management costs and expensive licensing models are some cost-related issues that challenge them. Another cost-related issue is that back-ups require too much storage, which is another expense.

And since SMBs don’t and can’t back-up, recovering damaged or lost files takes time and effort. Recovering virtual and physical servers takes more than four hours while recovering individual files, such as emails, takes longer – up to 12 hours at least.

“More and more, SMBs are being subjected to the same IT challenges and business pressures as large enterprises,” said Ratmir Timashev, president and CEO, Veeam. “As such, any disruption to their IT infrastructure can have severe consequences. This is why it’s particularly worrying that the vast majority of SMBs reported cost, complexity and capability challenges with back-up and recovery. When you also consider that one in six recoveries simply don’t work, it’s clear that the issue of data protection is a ticking time bomb in the SMB community.”

Veeam’s Timashev said virtualisation can offer more to SMBs if only they can hurdle their challenges. Replication, for instance, can help SMBs recover quickly to reduce downtime in case of disaster.

“E-discovery, currently too expensive for 65 percent of SMBs, is another task that can be made more affordable and accessible by allowing faster, simpler and more reliable recovery of individual emails or other files. We have only begun to scratch the surface of virtualisation: adapting their data protection strategies to reflect this will allow SMBs to reap all the benefits it can provide,” added Timashev.

The online survey was conducted between November and December 2012 among 500 SMBs with employees with 250 and 1,000 people. Included were SMBs from the US, Germany, UK, and France.