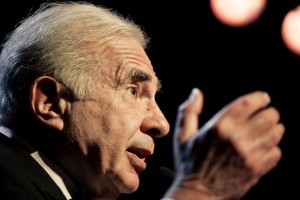 Carl Icahn has acquired a larger stake in Dell and called for a better buy-out offer than the proposal of US$13.65 per share from Michael Dell and Silver Lake Partners.

Icahn has proposed that Dell commence a tender offer for around 1.1 billion shares at $14 per share, with a maximum value of $16 billion.

“Our proposal allows those who believe, like us, that the $13.65 price being offered in the Michael Dell/Silver Lake going private transaction significantly undervalues Dell, to continue to hold Dell shares,” wrote Icahn in an open letter to Dell.

Dell announced in February that Michael Dell and investment firm Silver Lake had offered $24.4 billion, or $13.65 per share, to buy out the company. Icahn, along with Southeastern Asset Management, made several counter-offers, with the most recent involving a pay-out of $12 a share in cash or stock to shareholders, and $5.2 billion in debt financing. Dell’s board of directors has recommended shareholders vote for the Michael Dell-Silver Lake offer.

Dell’s board has raised concerns about Icahn’s ability to raise $5.2 billion in debt financing. But Icahn took shots at the company in the letter, saying that with such comments Dell is undervaluing itself.

“We are amazed by these statements by the Dell board. In what other context would the person tasked with selling a product actually spend their efforts negatively positioning the very product they are trying to sell? Is that how the supposed “go-shop” was conducted? Can you imagine a real estate broker running advertisements warning of termite danger in a house each time a prospective buyer seems interested?”

Icahn also said that he had acquired 72 million Dell shares from Southeastern, adding to the approximately 72 million shares he already owns. Combined, Icahn and Southeastern own 13 percent of Dell.