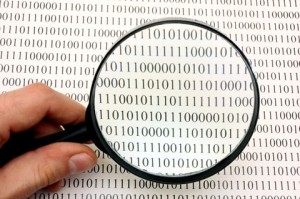 The Economist Intelligence Unit has found a strong relationship between the growth of corporate earnings and companies’ use of data in strategic planning, with high growth companies performing better at analysis and using data for decision making.

A survey of 318 C-level executives, which was sponsored by Wipro, found that companies that had an average EBITDA growth over the past three financial years of more than 10 percent were more likely than lower growth companies to analyse various data sources they collect – 58 percent versus 43 percent.

These higher growth companies also consider themselves effective at extracting useful insight from this analysis, with 81 percent suggesting this to be the case, versus 57 percent of companies with a lower EBITDA growth.

“This research is a reflection of how organisations are leveraging data to sustain competitive advantage for their products/services and be relevant in future,” said K.R. Sanjiv, senior vice president and global head of analytics and information management services, Wipro.

Three sectors stood out in the results as being the most prepared for the increased use of data for analytics and strategic decision making: financial services sector (22 percent have a well-defined data management strategy in place); the technology industry (30 percent); and the professional services sector (40 percent).

In comparison, such data management strategies are least often found amongst manufacturers (16 percent) and retailers (13 percent).

With data feeds not only coming from internal applications, but also streams of information available on the internet, 40 percent of respondents said that clarity on which data matters most is what tops the list of challenges for firms. Some 34 percent of respondents said that they are worried that the quality of their decisions are actually being impaired by the data overload.

Also, while 68 percent of respondents think their strategy has improved in the past two years as result of collecting more data, only 18 percent see a significant improvement in strategy, and very few found ways to use data to make a genuinely transformational shift in the business.