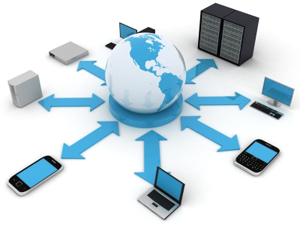 The CTO of financial investment firm FGS Capital has warned that increases in latency may be occuring outside of organisations’ four walls because of disruptions to their telecommunication providers’ infrastructure.

Jogi Narain said that trading desks could monitor and control latency effectively within their own network, but also needed to look to infrastructure outside of their control to gain a full picture of where fluctuations could be occurring.

“Latency invariably equates to the network. Processing done on your own servers, your own network, routers, switches, these are all things you can control,” Narain told the TradeTech Europe conference this week.

“But as soon as you step outside the firm, whether it is in a co-location site, a proximity site, or in your own offices, you have various companies that provide you with physical infrastructure – this would be the telcos. One thing you have to continuously review every three to six months is the performance on their network. What speeds are they publishing and does that performance match what you are seeing on a daily basis?” he added.

Narain went on to explain that because telco companies are constantly making changes to their infrastructure, whether that be alterations or upgrades, speeds can change month by month. He described it as a “never ending battle” to not only measure performance on an internal trader’s network but also that of the telcos.

Traders have to ensure that they not only rely on real-time data to highlight increases in latency, but also take a long-term view, according to Narain.

“There are a lot of vendor tools out there to help you measure latency. There are network packets and statistical packages you can use; but you need to understand they provide snapshots or long-term sophisticated measures,” he said.

“Is performance consistent throughout the day? Is it the same hour by hour? Is there a dip when New York comes onto the network? Those are real-time measurements. Then there are long-term measurements. Is there a degradation of performance over one or two months? If there is, this might be because the telco itself is doing some work on its network and it has a lot of customers on it slowing it down,” he added.

Finally, Narain warned traders that their internal infrastructure is “out of date every two years”. He said that depending on the business requirements for minimal latency, firms should be looking to upgrade their network every two to four years.