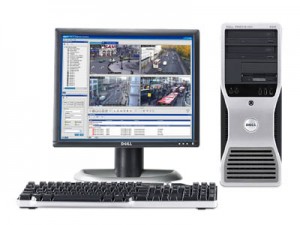 A sea change is taking place in stock trading, whereby many banks and brokerage firms are spending huge amounts of cash on technology and people to prevent rogue traders and keep ahead of regulatory demands, according to an expert in the field.

Dr Richard Bentley, a vice president at Progress Software and a regular speaker at financial industry events, told Computerworld UK ahead of this week’s TradeTech conference in London: “Looking at the scale of rogue trading in recent years and the multibillion pound damage that can be done, regulators are stepping up the rules dramatically.

“Banks and brokers would increasingly rather be ahead of this than simply responding to it. Not only is it good for their reputation, but it is also a differentiator because much of the surveillance technology gives them a much better view of their operations,” he added.

Banks and brokers were starting to take the lead in preventing rogue trading, rather than leaving all to the regulator, partly because of the “sheer volume of data and their proximity to the situation”, he said.

They often sought near real time data in order to catch a problem early. Progress Software, which spans enterprise integration, data interoperability and application development, including SaaS enablement and delivery in the cloud, also sells systems to banks and brokers, tracking information.

“The key trend here is technology based on Complex Event Processing (CEP). Customers can set their own parameters for when they want an alarm to go off – numerous events can be tallied and trigger a message quickly for the people who need to know,” he said.

Rogue trading has proliferated in recent years (see graphic), with some of the largest incidents being the £4.3 billion loss at Societe Generale in 2008, and UBS’ £1.3 billion loss last year. A combination of the right policies and technology is often cited as vital in preventing the problem.