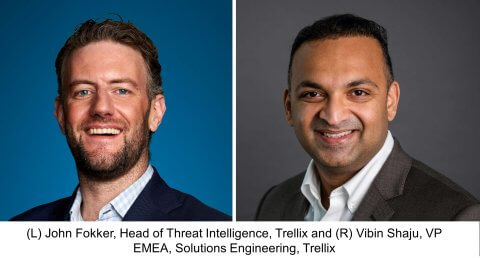 “Analysing current trends is necessary but being predictive in cybersecurity is vital. While organisations focus on near-term threats, we advise all to look beyond the horizon to ensure a proactive posture”, said John Fokker, Head of Threat Intelligence, Trellix. “Global political events and the adoption of new technology will breed novel threats from more innovative threat actors”.

The Trellix Advanced Research Centre brings together hundreds of the world’s most skilled security analysts and researchers to serve the global threat intelligence community and organisations with the latest threat indicators and insights collected from Trellix’s extensive sensor network.

“We started 2022 with an industry-wide vulnerability in Log4J, which was closely followed by cyber and physical war targeting Ukraine. We’re closing the year observing hacktivists taking matters into their own hands, new actors in operation, and a changed but increasingly active ransomware landscape. As stress continues to weigh on the global economy, as we head into the new year, organisations should expect increased activity from threat actors looking to advance their own agenda – whether for political or financial gain”, commented Vibin Shaju, VP EMEA, Solutions Engineering, Trellix. “To outwit and outpace bad actors and advance defences proactively, security must be always-on and always learning”.